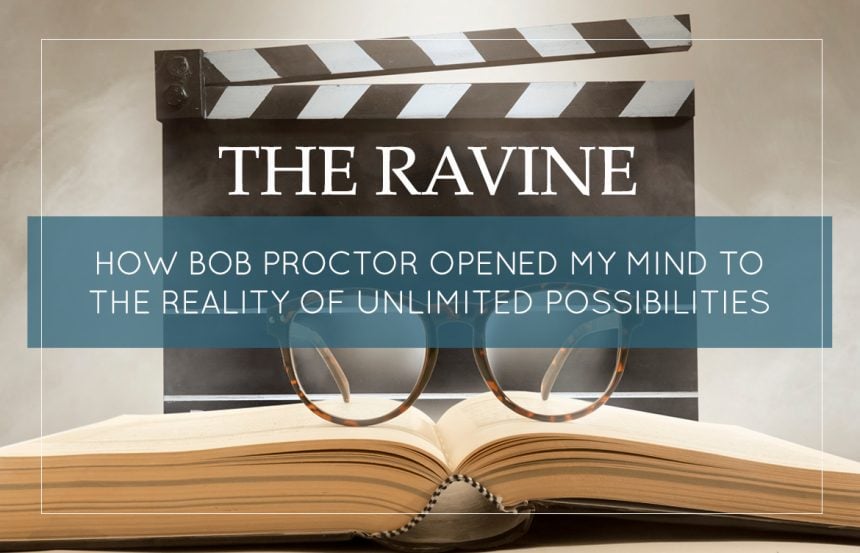 In the summer of 2017, my good friend Peggy McColl invited me to a Paradigm Shift event in Los Angeles. Having been a distant student of the self-development movement for years, I was eager and curious to see what a “Proctor Event” would be like. It turned out to be more than life changing – it turned out to be exactly what I had been searching for in my life. From the moment the music started playing and the excitement in the room began to build to the moment Bob started to speak – I knew I was supposed to be there. The best way to describe it is that Bob Proctor had information I needed to hear – and he was happy and just as eager to share it with me… if I listened. I did and what I heard was one of Bob‘s favorite sayings: “You have to be aware that you’re in the right place at the right time – there is no luck.” I heard him say these words and I knew I was there for a reason. In fact, I was so fascinated with what I heard him say over that weekend, that I knew I wanted to meet Bob in person and study with him – one on one.

You see, I knew I had a big idea, it just hadn’t surfaced yet. Or maybe it was that I had not allowed it to surface yet.

Acting on that growing excitement, I asked Peggy to set up a phone call between Bob and myself. One thing led to another and before we knew it, Kelly and I we’re on our way to Toronto to meet Bob in person – my imagination was swirling, and I was filled with anticipation to meet Bob the entire flight. Looking back on it now, I think my intuition was telling me that our lives would not be the same after this encounter. It turned out to be beyond the limits of my imagination.

Sitting in Bob’s studio and being welcomed by him was the thrill of a lifetime, but even that paled in comparison to actually learning from The Master himself. His words ring in my ears to this day: “You need to change the paradigm – you need to stay with it. You have to work on this every day. It’s not a one-time study and get over it. And the reward for studying every day is incredible. You get what you want in life. You don’t want to go through life as an unaware person, standing still until the years run out. There is so much to see and do with the potential we have locked up inside… that for a person to just settle and do nothing is almost a sin.” These words to this day inspire me every morning, every day, and every time I think about what I want to accomplish. Bob ended our meeting with this familiar saying of his: “Tell me what you want, and I’ll show you how to get it.” So simple. So true. So Bob Proctor.

I knew the next day when we left Bob‘s presence that our lives would never be the same, Kelly and I could feel the shift!

Every time we spoke afterward, Bob opened my mind to the reality of unlimited possibilities. I had always been a goal setter, but I soon realized that I was not a dreamer – I was not allowing my mind to open up to what I really wanted. The image of this experience that I held in my mind was sitting with Bob in his studio, the thought-provoking conversation, and I couldn’t help but notice the hundreds of books lined against one wall. My first impression of this was that it was obvious we were sitting with someone who was a great thinker. The more I thought about this image, the more I realized that it was like Bob knew the secrets of the ages and that he was about to help us on our own journey of beginning to understand them – reminiscent of Og Mandino’s seminal discussion of the Richest Man In Babylon.

Roughly 6 months after that meeting, we got a call from Bob, he said that he was reading our book The Ravine. He asked if we ever thought about having the book made into a movie. In classic fashion, we responded, “Yes but we didn’t know the ‘how.’” (A fun fact was in that conversation Bob mentioned that one of ‘his dreams’ was to be in a movie. Consequently, it was one of our greatest joys that we helped bring one of his dreams into reality.) Within hours of hanging up the call, we received a call from Phil Goldfine regarding not only offering to help produce the film, but to help us in the long and detailed process of developing a book to the screen by introducing us to Keoni Waxman. In that one day, after that one call from Bob – our journey was underway.

Over the next four years, it was Bob‘s teachings that allowed us to continue forward on this journey when on many occasions the evidence was not showing that the next step would happen. As Bob liked to say: “There are escape hatch’s all along the route.”

Regarding The Ravine (and underlining story of forgiveness and hope in the face of tragedy), Bob’s definition of faith is what kept us going: “There is no difference between birth and death, the state is different. But the transition is the same. You are a soul, physical form to spirit – you don’t have a soul, you are a soul. When you are born the soul enters the body (spirit to physical form) and when you die it’s the opposite. Nothing is created or destroyed, only transitions.” It was Bob’s teaching on faith that: “The ability to see the invisible, to believe in the incredible, which will allow you to receive what the masses say is impossible.” Those powerful words became the fuel inside us that kept us pushing forward as the project began to take shape. It was remarkable.

Fast forward to the actual production of the film in New Orleans. We are shooting a scene in a beautiful classic church on St. Charles Street. It’s early in the morning and a hundred extras in attire have assembled in the pews for the first take of the big entrance. And there is Bob Proctor – dressed in regal satin greens as the Reverend Kirkpatrick – standing in the wings beside the cameras watching it all unfold. His first scene may have seemed easy – walk up to the stars as they enter the church and greet them solemnly. As my eyes caught Bob, I felt something was not right, Bob seemed nervous and hesitant, not remembering his lines and not remembering his timing. I remember thinking? Has he hit the Terror Barrier as one of his “dreams” was about to become reality? Was it Bob or the fact that we all expected him to nail it on the first take because he was Bob Proctor. But that didn’t happen on the first take. The same with the second, However, we kept going, and in typical Bob Proctor fashion, on the third take he was 100% believable, Bob WAS Reverend Kirkpatrick. So much so that one of the stars actually thought Bob was the real pastor of the church!

It is impossible to put into words how special it is to us that Bob is in The Ravine – even more so now that he has moved on from this life and he was able to live out his dream to be a professional actor. “Tell me what you want, and I’ll show you how to get it.” All I can really say is that Bob Proctor not only preached these words, but he lived them as well. We hope you enjoy our journey.

Robert Pascuzzi is the author of the novel and co-producer of the film, The Ravine. Inspired by true events, Robert shares with the world the powerful story of faith, family, and the restoration of hope. The film is available for pre-order now and is being released May 6th. You can order it here on Amazon Prime or on Apple TV.

Robert has been married to his wife Kelly for over 25 years. The couple has three adult children. An interesting nugget is that Robert has competed in 2 Iron Man competitions.