The Power of Unexpected Pathways 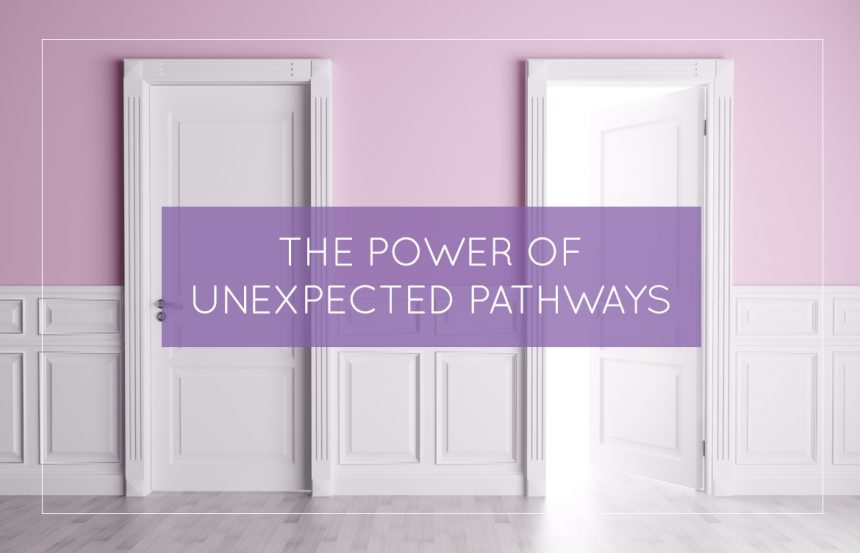 I was content with my life, but things were about to change in a big way. For years I woke up feeling like I was one of the luckiest people alive. I had a loving family, a great vocation, and lived in a beautiful home overlooking the waters of Whidbey Island. It was heavenly and a stark contrast to my experience as a child living in poverty and at times without a home. But there was a clear indication that the door to my vocation was about to slam hard. Everything that had flowed so well now felt like slogging in mud. I made the difficult decision to step away.

Afterward, I agonized, “Why is this happening??” It took me over a month before I finally surrendered and let go. I truly believe that the Universe is always working for us, not against us, but the proof in this case was not yet in sight.

Only weeks after releasing the sadness of the shift, I was invited to travel to Kenya with a friend’s foundation—A trip I wouldn’t have taken if not for the new opening in my calendar. That trip developed into the life that I live today, one filled with purpose, challenge and joy that has touched millions of lives. One that has led me to fill three passports with evidence of the amazing impact we can all make when we come together. But I didn’t know that yet. I just said yes to the closed door, let go, and was now invited to assist a community-led project there in Kenya. This was it! I thought. I could address poverty using my skills. Thank goodness that door had closed. But post-election violence broke out in Kenya. Half a million people were displaced and the Centre swelled to 1,400 children. Despite every effort, the growing need borne of the crisis in Kenya had already become greater than any of us supporting the Centre, now stretched beyond capacity, could provide for.

Then came the call that brought me to my knees. “Celeste? Is that you? Can you hear me?” The headmaster of the orphanage shouted over the crackling of a phone connection from Kenya. “We are in great need. We are completely out of food, and we have been for days.”

Hunger hurts. Every thought tracks back to food, derailing even sleep. I knew. Hunger was an aching childhood companion of mine. I wanted nothing more than to help, but I had no more ideas nor resources left to offer. Now what?

I hit my knees, “Tell me what to do. I’ll do anything. Just tell me.” I fell asleep still asking, but nothing came to me — not even a bad idea. Imagine my surprise when I awoke at 2:30 AM with the shocking question going through my mind, “Have you asked what the girls are doing for feminine hygiene?” I gasped. I never thought to ask. I ran to the computer and emailed to inquire. The answer came immediately, “Nothing. They wait in their rooms.” The girls had been waiting in overcrowded rooms, several on each level of bunkbeds stuffed end to end, sitting on pieces of cardboard, for days.

Miraculously people rallied and we were able to help fund food and single-use disposable pads. But if I sent funds for pads in the future and they needed food, they would of course use the funds for food instead—anyone would. In fact, all over the world, when people choose between food, shelter, and hygiene, food wins. So how could we give them a solution they could count on month after month?

We created the first of our now patent award-winning washable pads, not knowing how much it was going to change a lot of lives, including my own. Before the girls received their health Kits, we took on something too taboo to normally discuss there: They learned about how amazing their bodies are, and the fact that menstruation is a natural part of being a healthy woman. And that their strength, safety, and future matters. It turns out, a simple cloth bag filled with period product solutions opened the door to that vital conversation too.

The girl’s cheers echoed off the tin roof even as the first girls, dressed in red school uniforms, received their kits. “Thank you so much,” They said. “Before you came we had to let them use us if we wanted to leave the room and go to class.” I hoped that didn’t mean what I feared it meant, but they confirmed that they were being sexually exploited in exchange for a single disposable pad.

That was the moment Days for Girls was born. Today this award-winning nonprofit and global movement has reached over 2.2 million women and girls in 144 countries on six continents with beautiful, sustainable menstrual products and vital health education. I wake up every day grateful that I get to be part of a shift for greater equity, wellness, dignity, and opportunity — that something so simple can create such tremendous impact. There are a lot of things in this world that are hard to change and giving girls back the strength of their days is a direct and doable action. One girl at a time.

Every experience I have ever had prepared me for this work. If that door to my “content life” had not closed all those years ago, Days for Girls would never have happened. I was too comfortable where I was to have looked for more. I’m grateful for pathways that are waiting when we say yes, even to closed doors. 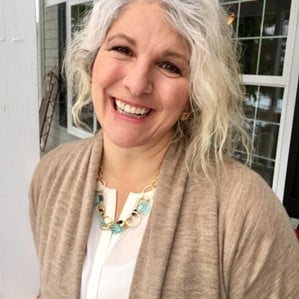 Celeste Mergens is a global changemaker saying yes to life’s adventures, and the CEO & Founder of Days for Girls International, an award-winning NGO that works to shatter stigma and limitations associated with menstruation for improved health, education and livelihoods. She has been featured in Oprah’s O Magazine, Forbes, and Stanford Social Innovation Review. She was awarded the 2017 AARP Purpose Prize Award, named Conscious Company Global Impact Entrepreneur Top Ten Women in 2018, 2019 Global Washington Global Hero, and Women’s Economic Forum’s Woman of the Decade. 2020 .ORG of the Year. She is married to her best friend Don and has six children and 15 grandchildren. www.DaysforGirls.org