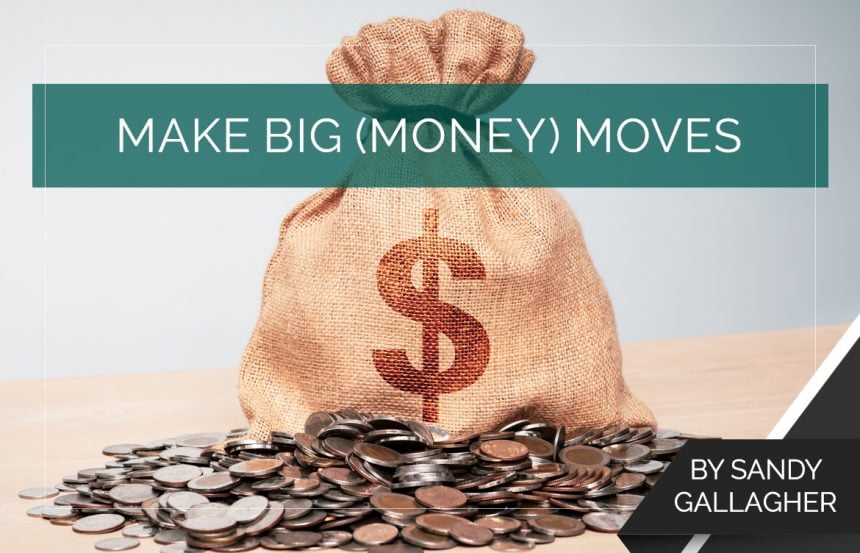 There is no lack in this great universe.

I believe that and answering the following two questions will help to show if you believe it, too.

When you go shopping for clothes or household items, do you check the price tag before buying?

Or when you’re in the market for a car, is the sticker price the first thing you look at?

And how about this…

Imagine being out shopping, and you see a piece of art that stops you in your tracks. It’s the PERFECT piece for your home, and you want it instantly.

Then, you look at the price, and it costs much more than you thought it would or can afford to pay. Your mind screams, “No way, I’m paying that much! I don’t care how much I love it!”

I used to do those things until I started studying Bob Proctor’s work 15 years ago. Then, things started to shift. The most noteworthy time was when I was looking for a new home.

I was visiting a friend in Washington State, and I googled “luxury waterfront homes on Whidbey Island.”

Several listings came up. The third link jumped out at me, so I clicked on it. And then, the third link in that link caught my eye. It was for a home on Mutiny Bay. It had a virtual tour, so I watched it and instantly fell in love with the house. It felt like it had been built for me. So, I made an appointment to see it, and it was perfect.

However, when I looked at the list price, it was FAR outside the range I thought I could pay. I told myself I’d never spend that amount of money on a home.

Bob called later to see if I had seen the house.

“What’d you think? Are you going to get it?” he asked.

“Because I found out what it costs, and I’m not going to spend that kind of money. It’s not going to happen,” I replied.

Then, he asked, “Do you believe what we teach?”

Then, he said, “Okay, here’s what I want you to do. Go back and look at the place again. I want you to go into every room in the home and imagine that you live there. Have conversations with people. See your family in the home with you at Christmas dinner.”

So, I made another appointment.

When I got to the house, I did what Bob had said. I went into every room and imagined I lived there.

I took my shoes off in the bedroom, put my feet on the ottoman, took a book out, and looked out at the water. I went to the kitchen and every other room and imagined each was mine. And when I went into the great room with the beautiful view, I saw my family having Christmas dinner there and enjoying themselves.

Later, Bob called me again. He asked if I saw the house and if I was going to get it.

I told him it wouldn’t be prudent.

Bob said, “Okay, I want you to create a beautiful card and send an mail inviting your family for Christmas dinner at your new home on Whidbey Island.”

I did it–even though I hadn’t even made an offer!

And then, my family members RSVPed that they’d be there.

Do you know what that process did?

It changed my mindset…

At that point, there was no way I would NOT have the house. I had just invited my family to Christmas dinner there, and they had accepted.

But I didn’t have the money, not even close.

So, I started negotiating a deal with the sellers where they would do seller financing. In the end, I had to put down a sizeable down payment at closing and then make balloon payments each year for three years, and then it would be paid in full.

I did not have the down payment, so I gave myself three months to come up with it.

I watched the virtual tour of the house on my iPhone and computer over and over. And the realtor gave me a color picture book of every room in the house that I would look at all the time.

What I was doing was assisting my imagination in feeling the experience of living in the house. Since I lived there in my imagination, I had come up with the down payment and closed on the property.

Believe me; it wasn’t always easy to live in that space. I had just gone through a divorce, so it was a challenging time. Buttons were being pushed inside me. I wondered how I was going to come up with the money I needed.

I would flip from worrying about how I would get the down payment back to understanding the creative process and feeling it as real that it had already happened.

When I felt like I lived there, I didn’t have to think about getting the money—I HAD it. It had already happened. I held an image of am already being where I wanted to be, so all I had to do was look back to piece together how I had gotten there.

That was a massive flip in my mind, and it’s something we’re not taught to do in school.

Instead of thinking of what you want as outside of you or looking at it as being in the future, think from where you want to be—already having your desire. That’s getting in harmony with the law and being a conscious part of the creative process.

To end the story, I closed on the house early, with a larger down payment than planned. And I paid every balloon early each year so that I owned the house outright sooner than expected.

Let Go of Your Resistance

Where in your life are you holding yourself back from asking for and getting what you want?

Bob often says, “Wanting something is the only prerequisite to making a decision.” In other words, if you want it, that’s all you need to know. You don’t have to know how it’s going to happen, where the money will come from, or where the help will come from. None of that matters.

The only question you need to answer before making an out-of-the-box maneuver is, DO YOU WANT IT?

If you do want it, you have to overcome all the resistance that’s inside of you to get it. We are creative beings. The only limitations in our lives are the ones we impose upon ourselves.

If you have trouble believing that, write this affirmation 100 times a day for 30 days:

“I now choose and accept all of the abundance and prosperity of
this great universe, which I now know has always been mine.”

As I said earlier, there is no lack in the universe.

The key is not to ask in a miserly way. Ask grandly.

This is true for everyone. A wealthy person with a considerable amount of power can—and should—ask for more, much more. A person starving and diseased can and should ask for more.

And you, as a person who likely sometimes has good times and sometimes has bad times, most definitely should ask and go for a lot more. I hope you’ll start today.