The Art of Transformation 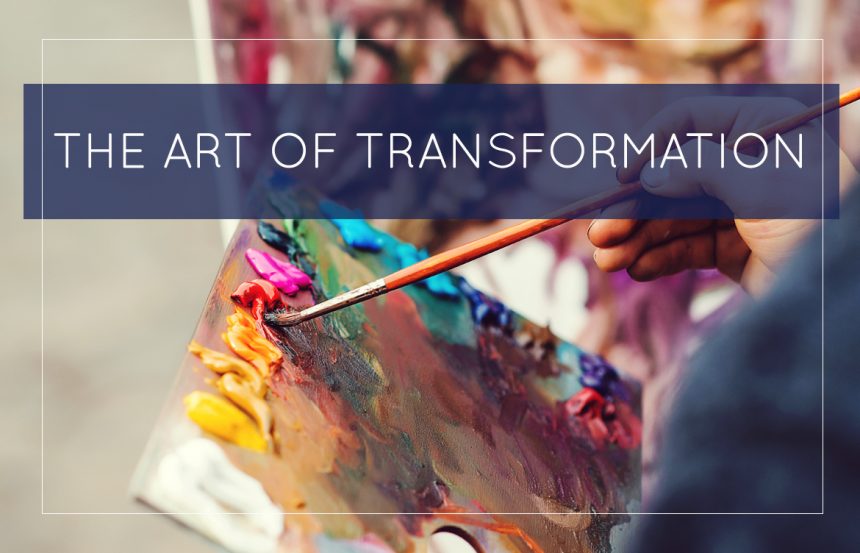 I rested my head on the bars of Socrates’s cell as if trying to connect with his spirit and wisdom. I would visit his cell as often as I could, growing up in Athens. It was one of the few things that kept me inspired and sustained my faith in the greatness of humanity. Great minds, unwavering in their resolve and ready to die for their principles!

This was medicine for my soul.

Yet, it was not what I saw around me, in the faces of my friends and my peers.

Why was it that everyone around me saw themselves so small and insignificant? Aren’t we all made in the image of God? I thought to myself. How could God create a few masterpieces and a whole lot of mediocrities?

That never made sense to me. Specifically, because since I was very young, I used to have visions, one might say, of the people around me.

I didn’t know how or why, but in my mind’s eye, every time I saw someone I connected with, I would superimpose a different image on top of their face.

In that way, I would imagine them looking grand and powerful, as if they were a painting or a sculpture of an ancient hero, one of the many we gaze upon with awe and admiration when we visit a museum or read history books.

That was my intuitive solution to the fact that people were so used to surrendering to mediocrity, during my formative years.

As this kept happening, and since I couldn’t share these visions with anyone out of fear of being labeled “weird,” one day I heard a voice in my head saying, “You should Paint them!”

“I wish I was an artist,” I thought to myself. Then I could show people how awesomely powerful they looked to me!

It was a crazy and unreasonable idea!

And then it happened! An amazing coincidence had me introduced to a neighbor who happened to be an architect. I accidentally bumped into him on the bus and knocked a folder with sketches off his hands. I felt so bad but as I reached out to pick them up, I was spellbound! They were amazing! I looked at them with eyes big as the universe, and he laughed, amused by my fascination.

“I could teach you if you want,” he said and suddenly time slowed down; I felt as If I was in a dream.

He did teach me, and since then my life expanded in ways I had never imagined possible, not even in my wildest dreams! I studied with him for 2 years. I was beginning to believe I could be an artist after all!

One day I saw a colorful catalog on his desk. “It’s from an Art school in New York,” he said. I turned the cover and I saw a quote: “To be good is not enough when you dream of being Great.”

A fire was lit inside of me that day! Maybe I could go to New York to study art!

I told my friends about it. They laughed.

What a crazy and unreasonable idea!

As the wheels of the plane lifted off the Athens ground, I felt it; something had shifted off its axis. Nothing was going to be the same again!

Then I heard about this movie, “The Secret.”

I got introduced to Bob Proctor’s teachings! They were so revolutionary to me, but somehow so familiar as well!

I learned about the concept of self-image and I had a massive breakthrough; I realized why I wanted to paint these power portraits I saw in people since I was a kid. Perhaps I was meant to show people how to change their self-image! I could help people change and enhance their lives simply by painting my visions of them!

This sounded so magical! I could help thousands of people change, simply by using my art! I could paint people’s powerful new self-images and this could be my mission in life; To create as many of these portraits for as many people as I possibly could!

This could be the first time art would be used to help people overcome their limitations!

Everyone I shared this with thought it was a crazy and unreasonable idea!

“Art is hardly a Job in the first place,” a friend told me.

“Help people overcome their limitations through Art! Give me a break!”

He laughed and I smiled, because I knew what happened every time I embraced a crazy and unreasonable idea. And though I doubted myself at first, it became more and more clear, as people kept sharing their insights about their portraits with me.

Like this famous marketer, “When I look in the mirror, I see my father. My father was not a good man. When I look at this portrait, I see myself. Thank you!”

Or this entrepreneur, “My psyche was shaken to the core! The more time I spend with the portrait, the more connected I become to my real self, to my heart.”

And this visionary soul, “I’ve seen so many reflections inside of me, through this portrait. I realize, that within me, I hold the power to change my life. I am the driving force. The power is coming from inside of me and I am not an aimless ship being smashed against the rocks. I am no longer controlled by my circumstances, I control them.”

I know now that my Magical Portraits are a tool to help people accelerate a positive transformation of their self-image!

Happiness is helping people ascend to their highest version of self!

Alexandros’ odyssey of self-discovery began in Athens, Greece. Driven from an early age to pursue a calling he couldn’t name, Alexandros was drawn to the study of art, hypnotherapy, mysticism, and philosophy. At 20, he left Athens for New York to attend the School of Visual Arts where he concentrated on Fine Art and Design, exhibiting in both the U.S. and Europe, as well as being featured in American and European publications.

As he delved deeper into these subjects, he simultaneously explored the more esoteric realms of self. Chronicling his discoveries visually led Alexandros to the creation of a unique art style, an intricate fusion of photographic transfers, traditional painting, and mystical symbolism that yielded a breakthrough insight into how art and creativity affect the human psyche.

Alexandros evolved a process he came to call “magical portrait creation,” a unique form of art that has a profound effect on people’s lives. As many masters, sages, and gurus had seen, to transform ourselves, we must first change our own self-image.

That is the real magic behind magical portraits, and the four distinct alchemical phases of personality transformation that lead one first to see, and then to become who they truly are.

At the end of his odyssey, Alexandros found himself, and his life mission: sharing the magic of self-transformation with the world through art. Take a moment to see his work at: https://www.magicalportraits.vip