The universe works in mysterious ways… 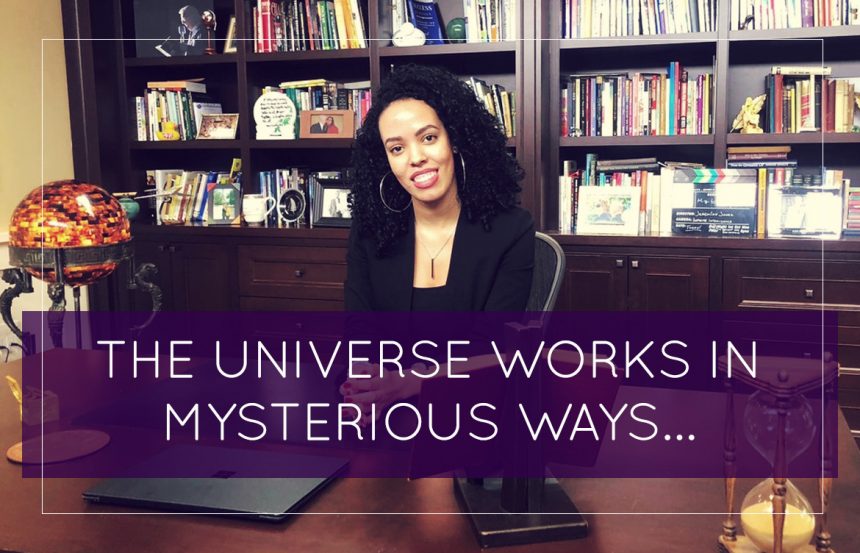 During my teenage years, living in São Paulo, Brazil, my brother introduced me to a video of Bob Proctor on YouTube–Understanding the Law of Attraction. My brother wanted me to translate this for my mom. Back then, I thought I was watching just another video out there; I had no idea how much that one video would completely change the course of my life.

This video led me to dive into Bob Proctor’s material, and I developed an immense passion for the content he shared. The material sparked hope for a better life in a way I’d never felt before. Before that video, I believed that everything I had was about everything I would ever have.

It didn’t take long until I decided that I wanted to work at the Proctor Gallagher Institute and be a part of Bob’s team. For a while, I kept it a secret, the idea of a 16-year-old with no experience and non-fluent in English to work in such a corporation, I knew I was shooting high, but that was no reason not to believe in it.

Determined to move to the United States and start the journey towards my dream, I began practicing every night religiously going to my mom’s bedroom to watch the airplanes fly by the window and visualize myself as a passenger. I would visualize all the things I would do, the school, Bob, the company, the new friends, and details about my new life in the US. By then, my family knew of my desire, and after a certain time of day, they knew they could find me by the window.

A plane ticket from Brazil to the United States was a large amount of money for my family, a miracle would have to happen, and it did. A family friend worked at the airport and was able to arrange a ticket for me in November 2016.

Fast forward to my final year of high school in the United States… teachers, friends, and counselors would ask, “Where are you going to college”? I would always answer very proudly that I would study and work at Proctor Gallagher Institute. Because I had no evidence that I would have a guaranteed job there, I was asked to fill out a few college applications. But my determination did not allow me to take my eyes off the prize.

Graduation was getting close, and I felt the pressure to have this figured out. I prayed for guidance, solutions, signs, miracles, for whatever needed to take place for my goal to come true.

At that time, I was working as a cashier at a grocery store, and my father was driving for Lyft (a driving service in the US). On a beautiful day in March of 2018, my father drove a Proctor Gallagher Consultant, Sima Sabeti, to the airport. As my father was aware of my goal, he was very excited to speak to someone who was part of the company. He shared my desire with her, and Sima gave him her business card.

The moment he dropped Sima at the airport, my father drove in my direction to hand me the card at work where a quote said: “Your Future Depends on What You Do Today.” That was all I needed; I got my confirmation, I felt such certainty that I was so close to my goal, and I realized I needed to prepare myself for my goal’s arrival. So that day, I decided to quit my job and make room for the good that I desire.

I continued living life with certainty, the universe showed me evidence, and I knew it would happen. Anytime doubt crept in, I would look at the business card sent from Heaven. April passed, May I graduated, June passed, July began, and on July 11th, 2018, as I was scrolling through Instagram, just like any other day, I stumbled on a post from a member of the company sharing that they were looking for someone to join their team. At that moment, I felt overwhelmed with gratitude; the door I’d been knocking on was opened.

As I was going through the interview process, I wrote myself a letter congratulating me for getting the new position with The Proctor Gallagher Institute.

Regardless of not having business experience, being 18, English being a second language of mine, and that I didn’t even have a computer, I knew the position was mine. And I was right.

Today I operate different activities inside PGI, manage programs and do everything that my 16-year-old self could never have imagined when she was watching that YouTube video for the first time.

The universe works in mysterious ways; determine the destination, form the belief and let it surprise you.

Elizabeth Barbosa was born and raised in São Paulo, Brazil. At 16 years old, she moved to the United States to pursue her dream of working at PGI. Today Elizabeth is a Program Administrator and Manager at the Proctor Gallagher Institute. She has the pleasure of working with Bob Proctor and the incredible PGI Team. Elizabeth is passionate about this material and the journey of discovering her true and powerful self. After learning about the Universal Laws, Elizabeth has been able to help her family and create a joyful and fulfilling life for herself.