What’s Keeping You From The Life You Really Want? 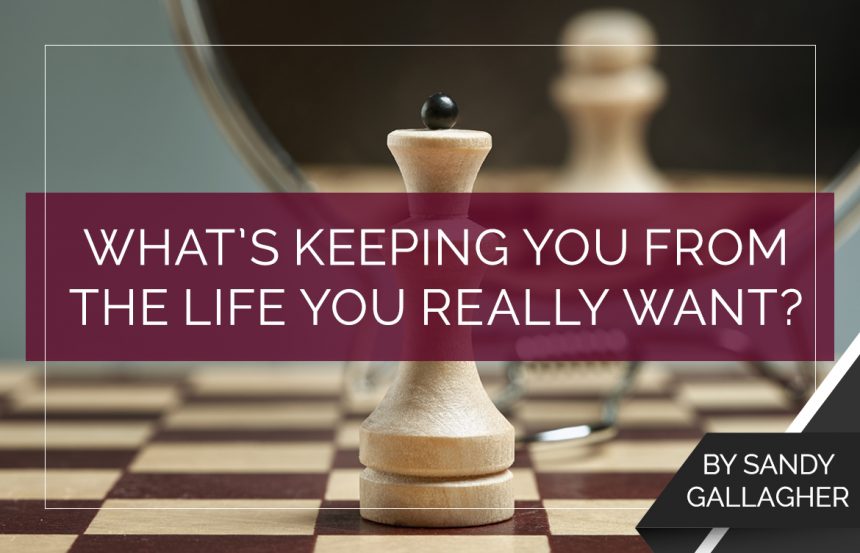 Do you want to be healthier, happier, and more prosperous in 2021?

Would you like to create the life of your dreams?

Whatever your desire is, you can do it. However, you will have to clear one stumbling block: You must change the mental image you currently have of yourself.

I say that because if your current self-image were a match with your goals, you would already have the thing that you desire. You behave, feel, and, most importantly, act according to how you see yourself.

Our self-image is a premise, a foundation upon which we build our personality. It sets the boundaries for every area of our life and establishes a pattern of behavior, and we do not deviate from that pattern.

So, no matter how hard we may try, you and I cannot outperform the image we’ve created in our minds.

Your self-image is an idea that you can change anytime you choose.

It’ll take some effort. However, when you change your self-image…

Everything in Your Life Changes

About 50 years ago, a man named John Kanary became an insurance agent. Shortly afterward, he received a life-changing gift from Bob Proctor, who was advising the insurance company.

Bob taught John to write something he wanted on a card and do something every day to achieve it. So, John decided what he wanted, and he wrote it on a card. One year later, John became the number one agent in a field of 12,000.

Well, John and Bob became friends, and after a while, John decided he wanted to do what Bob was doing.

So, John built an image of himself speaking professionally and helping people understand and realize their potential. Although it wasn’t easy, John held on to that image. He would not quit.

Within a few years, John had earned the respect of many of the world’s largest corporations, and he had spoken in almost every major city in North America. And he made more in one day than he was earning in a year when he first met Bob.

When asked about how he did it, John said, “Keep your mind on a higher image rather than a lower concern.”

Although it’s not always an easy thing to do, it sure pays great dividends for the person who develops the mental strength to create a new self-image.

If you’re wondering what your self-image is, it’s easy to figure out.

Just look at the various aspects of your life. Take a look at the results you’re getting in your relationships, income, the position you hold at work, and personal appearance. These are all the outer expression of the inner image.

People often attempt to change things outside themselves (such as their income or business) without changing what’s going on inside.

To re-make your life, you must build a new self-image. As soon as you start to alter the image, everything outside will begin to change.

There’s a New You Inside

If you want to achieve a big goal in 2021, you can’t attract it by sitting around or even vibrating in a good way. You’ll have to act, and then the universe will react to your action.

However, before you can do something significantly different, you must first be it.

To be the change that you want to see, you must kick your self-image to the curb and start seeing yourself differently.

Here are two steps you can take right away to start altering your self-image and improving your life:

1. Visualize: Take 10-20 minutes, two or three times a day, to visualize yourself with the nice things you’d like to have or do. Allow yourself to completely relax so you can feel what you want down to your cells. Actually, live the part while you are visualizing.

2. Write It Down: Burn the images of how you want to live this year in your mind, and then write a detailed description of them and take a real good look at it. Then compare it to how you’re living now.

Once you’ve made this comparison, you’ll see the changes you need to make. Even if there are dozens of changes you could make, begin by making the changes one at a time. An excellent place to start is with your appearance.

You want to present yourself physically in a consistent manner with the new image you are developing. Something as simple as how you dress, how you walk, and how you project yourself sends a powerful message to your subconscious mind. It also sends a strong message to everyone in your external world.

Next, go inside and take a real close look with your inner eye of understanding. See if you’re beginning to see yourself, from within, as the person you really want to be.

During the transition period, when you’re in the process of implanting your new image in the subconscious, you will actually perceive two people—the old you and the new you. Every time you see yourself as a failure or lacking in some way, shift your focus to the winning you.

Practice this for the next 30 days to see what difference it makes in your life.

View Your World Like the Person You Want to Become

Take the time right now to build the image in your mind of yourself already in possession of everything you want.

Then, write a brief description of your image, including how you feel, on a card. Carry the card in your pocket and read it every day, several times, until the image fills your consciousness.

While you’re in the process of implanting your new image in your subconscious mind, revise the wording of your description, as necessary, to get the image exactly right. You want to get emotional about your new idea. It should excite and inspire you.

You can use the image-making process for any good that you desire. The changes in your relationships will stagger you. The amount of money you earn will multiply. The way you feel about yourself will improve dramatically.

We wish you a happy and prosperous New Year!