My Path To Joyful Parenting 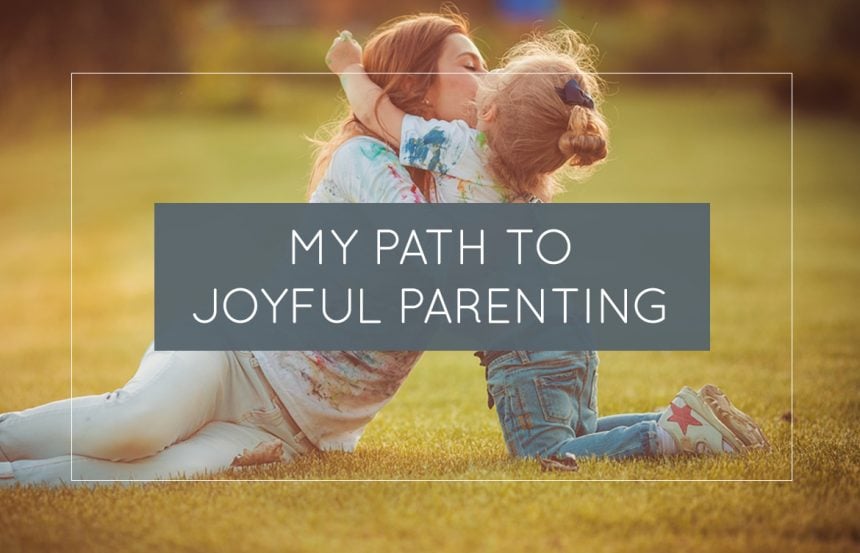 For a long time, I had thought that I am someone who loves and enjoys life. That ended, without me noticing, when I became a mother. A friend of mine once asked me why I wasn’t in the pictures I proudly showed him of my children. Why wasn’t I present in most of the pictures, and if I was, why wasn’t I laughing or smiling?

At first, I didn’t believe him and then I took a closer look at the pictures of the last several years and had to admit that he was right. Initially, I blamed it on being a young mother and responsibilities that I had taken on as a mother that I took very seriously. Then I began to observe myself and realized that, once again, he was right. I felt no joy around or within myself. I felt sad inside, although I had such wonderful children. I was not depressed. In fact, I was extremely active and fully motivated to be there for and to nurture my children.

I remember a situation in the summer, when my three children were playing, full of joy and having fun in the water. They kept calling out for me to join them in the water. I anguished over the thought of doing so, but I absolutely couldn’t bring myself to go in the water and play with them. I suffered so much from this, I finally set out to find the reason why it was so difficult for me to have fun with my children. I dearly wanted to change this and allow myself to exuberantly romp and laugh with them.

It wasn’t easy and I tried everything I could possibly contemplate. I even jumped into the water and tried to engage enthusiastically with my children. I then ended up with a rash where the kids touched me. I was desperate.

I learned that everyone makes this type of contract with each of their parents, at an age when consciousness is not yet developed. In my subconscious I knew intuitively that having fun with my mother would not be possible. I believed with the unconscious naivety of a toddler, that if I simply gave my joy of life to my mother, then she could become happy and then I could have a lot of fun with my happy mother.

Her sadness remained despite the fact that my gift and my joy of life were gifted to her even though that meant I could not use it for myself. I decided to use different exercises and methods to heal myself, since I couldn’t heal her by giving up my joy. And I started a new life by taking back my joy, and that meant I broke my loyalty contract with her. The loyalty contract that subconsciously committed me to never have more fun in my life than she has had in her life.

Subsequently, I have been a happy mother. I have been able to find my own way to happiness and exuberance. I even lost weight and my sadness at the same time.

My son who is now 27 years old still remembers, as if it were yesterday, an experience 21 years ago. I was, as you already know, a responsible mother with fixed rules for bedtime. When I called for the evening bedtime ritual, he looked at me with pleading eyes and asked me if I could see that it had been snowing all day and a tremendous amount of snow had fallen. At this time, I was able to jump at the chance and asked him to meet me at the door in five minutes; dressed in warm clothes. We went outside, had a snowball fight, built a snow cave and a snowman then laid on the sofa hours later than the rule would have allowed; exhausted, rash-free, joyful and finally happy with a hot cocoa in hand.

Maria has just released her new book Breaking Your Loyalty Contract: Shattering the Mirror Effect Between Parents and Children. This is a valuable book for any parent or parent to be.

Maria Steuer is a renowned pediatrician and family therapist based in Germany. She specializes in examining the root cause of childhood behavioral patterns. Maria has experienced the ups and downs of raising three of her own children, and as a doctor for Germany’s education system she has advised more than 20,000 parents on childhood behavior issues. Her mission today is to help parents around the world realize how their own childhood experiences influence their habits, expectations, and belief systems. She also helps parents understand how they unconsciously transmit these habits, expectations, and beliefs to their children.