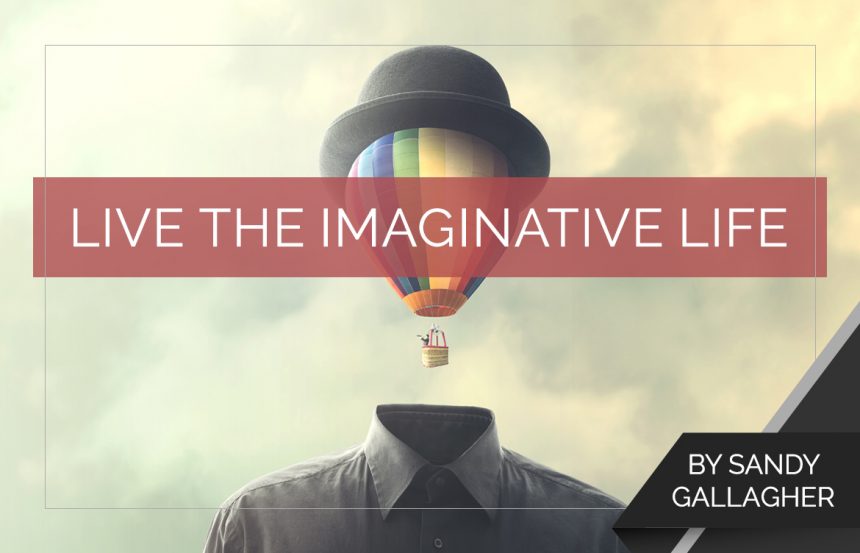 “Imagination” is such a word.

People use this word to convey various ideas; some of them are directly opposed to one another.

For example, we may ask a person to ‘use their imagination’ when we think their current viewpoint is too restricted and not equal to the task. Then, we might tell another person that their ideas are ‘pure imagination,’ thereby implying that their concept is unsound.

When we use a word this broadly, it can cease to mean anything at all. However, that’s a big mistake when it comes to a term that’s as consequential as “imagination.”

After all, Albert Einstein said, “Imagination is more important than knowledge.”

That’s a shocking statement coming from one of the most intelligent people in history.

So, I think it’s worth taking some time to understand what imagination is and what it can do for us when we use it properly.

The Truth Shall Set You Free

Imagination is not just a whimsical activity that we engage in as children. And it’s not something we should shy away from as adults. It is the very gateway to reality.

You see, through our imagination, we have the power to be anything we desire to be. That’s because, even if it’s false, any belief, assumption, or idea that is persisted in or repeated often enough will become fact.

When you let your physical senses control you, you see and focus on what is—a low bank balance, an illness, a business that’s struggling. However, you can see a high bank balance, perfect health, and a thriving business when you engage your imagination.

As we awaken to the power of the imaginative life, we discover that to imagine a thing repeatedly makes it so. We also realize our lives’ circumstances are the fruit bearing witness to the use or misuse of the imagination.

Escape the Jail that Ignorance Built

To understand how the imagination works, we must explore the conscious and subconscious mind.

Sensory factors are how you correspond with the outside world through sight, sound, touch, smell, and taste. When you allow external stimuli to direct your thoughts, you focus on your current results or your current reality.

On the other hand, your mental faculties, such as your imagination, allow you to direct the energy that is always flowing to and through you inward. By focusing there, you can build any idea or thought you want.

This is important because the thoughts you choose—whether they come from outside or inside—will eventually determine your life results. As you accept and emotionalize an idea, it is impressed upon your subconscious mind.

The subconscious mind is not concerned with the truth or falsity of your thoughts or ideas. It accepts as true every idea that the conscious mind feeds to it. Anything we think, believe, or feel is true, the subconscious can and must produce the exact likeness of that idea in the outer or objective world.

Therefore, through our freedom and power to choose and create the ideas we will entertain, we control creation. This is how everything that is manmade is made.

Everything Starts in Your Imagination

Napoleon Hill said, “Imagination is the most marvelous, miraculous, inconceivably powerful force the world has ever known.”

Unfortunately, most people use their imagination against themselves. They imagine what they don’t want.

Begin to use your imagination the way God intended it to be used. Use the creative, unadulterated power that is always flowing to and through you to build any image you want, the image of how you really want to live. (The download below illustrates how this works.)

You do that by blocking out what’s going on now and using your imagination to go into the future and bring it into the present.

Forget about your current circumstances. Instead, think only of what you want. Then, use your imagination to build a beautiful picture in your mind and hold that image there so you can live from that place. That’s what all highly-successful people do. They see where they want to go, and then they act like the person they want to become.

Think about how you are using your imagination. Make sure you use it to build a better day today, tomorrow, and next week.