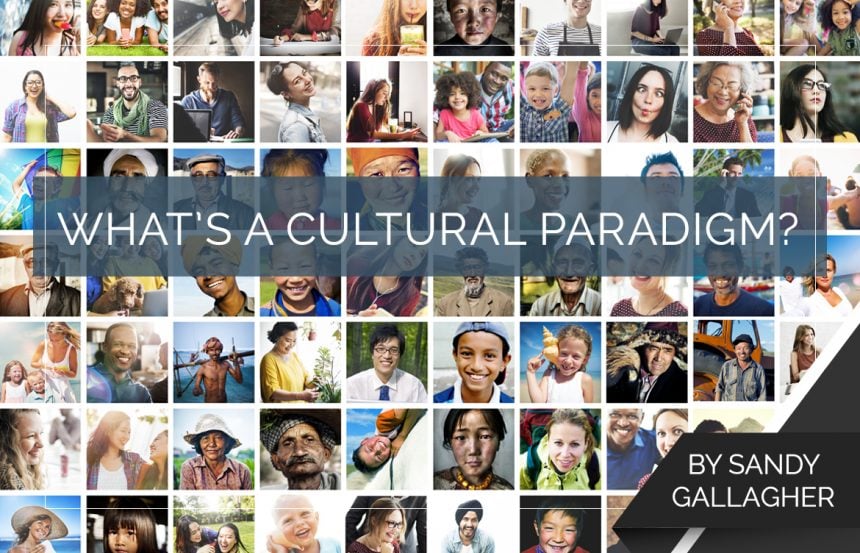 What do cultures and paradigms have in common?

You and I have paradigms. We also have different a culture.

However, a culture doesn’t have a paradigm; it is a paradigm.

Culture is nothing but a group habit

Like your personal paradigm, a culture is a multitude of habits that control the behavior of the people in a particular group. The people in the group fall in line and behave in a certain or expected way just because it’s the way things have always been.

Cultural or group paradigms are among the most potent determinants of our behavior and motivation.

For example, each country celebrates different holidays. Depending on where you’re from or where you live, you’re conditioned to do certain things, attend certain events, and even eat certain foods on certain holidays.

Of course, it’s not just cultural celebrations that vary among different cultures. In hot weather, for instance, some cultures consume iced beverages believing that the colder the drink, the more the body will cool down. However, other cultures drink hot beverages to elevate body temperature and diminish the perception of external heat.

You’d think the human response to heat would be the same because it satisfies a physiological need. But the different cultures’ responses show that, even when it comes to physiological needs, cultural practices and ingrained beliefs are key determinants in human behavior.

But here’s the thing…

Like personal paradigms, cultural paradigms can shift. And when they do, the growth and change that occur can affect an entire country, such as the U.S. Civil Rights movement in the 1960s and the fight for Women’s Rights in the following decade.

Paradigms usually change gradually, unless something happens that causes a significant emotional impact, such as a war.

After the war, the leaders on the winning side often go in and change the culture of the country.

For example, after the War of 1812, all relations and borders were supposed to return to pre-war status. However, if you look beyond the legalities and study the practical effects of the war, you’ll find significant attitudinal changes in the United States after the conflict.

The biggest American casualty of the war was the Federalist Party, the first political party in the United States. A party of bankers and businessmen, the Federalists’ steady opposition to the war doomed them in the eyes of the American public.

Partisan rancor, which had reached a fever pitch during the decimation of the Federalists, waned considerably in the years following the war. This prompted people to name the times “the Era of Good Feelings,” as the self-reliant common man rose to a zenith.

A school’s culture reflects the beliefs and behaviors of the person or people who started it.

Most public schools operate under the belief or assumption that children are an empty cup. They believe it’s the school’s job to fill the children up with the ideas that the teachers and the culture of the school have been operating with for a long time.

However, Maria Montessori, the founder of Montessori Schools, believed everyone has infinite potential. She thought that, in truth, a child’s cup is already full, and it’s the school’s job to show the children what they already have inside.

Montessori felt by working independently, children could reach new levels of autonomy and become self-motivated to reach new levels of understanding. Montessori also believed that acknowledging all children as individuals and treating them as such would yield better learning and fulfilled potential in each particular child.

The Montessori culture sees independence as the aim of education, and the role of the teacher as an observer and director of children’s innate psychological development.

What are your desires and expectations?

We talk a lot about personal paradigms, but have you ever considered how cultural paradigms affect the choices you make each day?

Many organized religions, communities, families, and school systems often communicate, at least implicitly, that all the power and authority is outside of you, and that you need permission to do anything that doesn’t conform with their norms.

This messaging produces compliant adults who continuously seek validation and approval and feel they must get permission to be, do, or have things that aren’t aligned with what others expect.

Take some time to think about where in your life you may be doing that. Instead of automatically adopting the practices of those around you, question them to see if they align with your values and goals.

Don’t accept something as your fate because that’s what others expect of you. It may be time to reject the usual order.

Instead of following the masses, even when it doesn’t reflect who you are, start making your own choice, and stand in your own truth. Not only will it change your life, but it may also encourage others to stand up for themselves,

And then maybe, just maybe, it will eventually start to shift an outdated paradigm.

P.S. The download below can help you evaluate how cultural paradigms are influencing your life.