How a Book Can Change Your Life 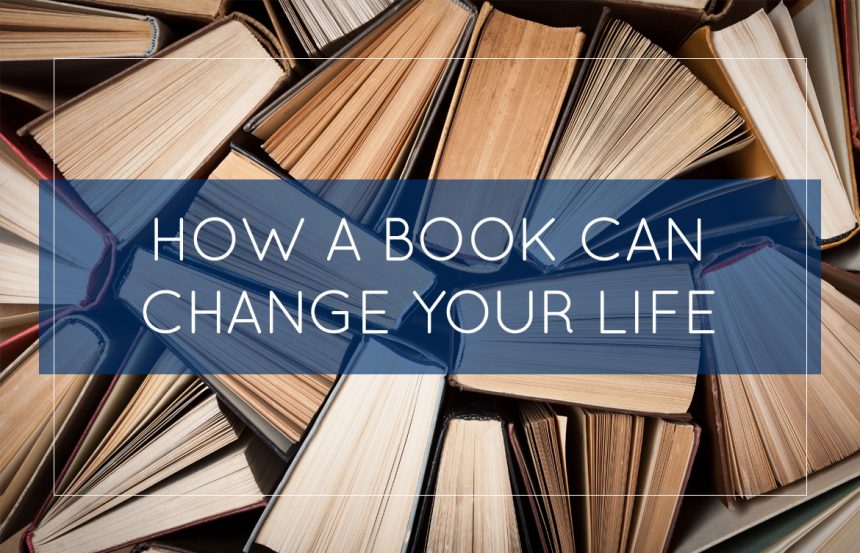 Who would have ever thought that asking your neighbor a question as simple as “What do you do for a living?” could change the trajectory of your entire life and future, forever? That’s exactly what happened to me when I crossed paths with Bob Proctor’s Seminars in the late 1990s, and the events that transpired from this question allowed me to achieve every single goal that I set, and create my future, exactly as I had envisioned. How did I create my life by design? I will share with you exactly what I did, with the hopes that my story will inspire you to do the same.

It all started back in the late 1990s when I was a classroom teacher from Toronto, and I asked my neighbor, who was at the time, Bob’s Director of Sales, what he did for a living, and he didn’t say much but handed me Bob’s You Were Born Rich book that I read the next day in a staff meeting (hiding it behind my binder as I pretended I was listening to the meeting) and my life was never the same.

I was so drawn to the ideas in this book that I resigned from my contract as a teacher and went to work for Bob’s Director of Sales, not sure where the path would lead me.

Bob was challenged to work with a group of teens with skills that developed their attitude, mindset, confidence, and goal-setting abilities, and it skyrocketed their results. There was this moment when Bob was showcasing the results of these teens on stage at the Louisiana Superdome in New Orleans, with at least 8,000 people in the audience and Bob stood behind a young man who was having a hard time speaking in public (we’ve all been there—when we feel nervous and the words just don’t come out right). He stood behind the teen and rubbed his back in such a way that he calmed down. Bob just instinctively knew what to do with these kids to change their results, and this is exactly what happened. The results that these teens achieved were phenomenal—they went from C grades to A grades, from a bench warmer to the starting line-up with their sports teams and improving their personal lives—all from changing the way they were thinking.

As a teacher in the traditional classroom, I had really struggled to make an impact on my students, and here were these twelve teens talking about their unusual results after only a few months of working with lessons that mirrored growth mindset, self-awareness, and self-regulated learning—and I knew this information had the power to instigate significant change on a person’s life. The minute I recognized this “Moment of Truth” it felt like a brick hit me in the stomach. I knew what I was meant to do with the rest of my life and that I needed to become a serious student of this information before I could teach it to others.

Looking back now, connecting the dots, and realizing that “we will trade our lives for something, so let’s make it count” there were some important and valuable lessons learned that anyone can apply to achieve quantum leap results in their life.

Here are Six Lessons I Want You to Think About:

Lesson 1: Do you know what you REALLY want? When Bob asked me this question, and I told him, he reminded me that there were certain steps I needed to follow, that started with writing my goals down on this card he gave me, and that if I did all the things he suggested, and believed in what I was doing, I could have anything that I wanted. I really believed him and followed exactly what he told me to do.

Lesson 2: How to be resourceful and make money based on your natural talents and skills. When Sept 11th happened, I had just moved to the United States and had big plans of what I was going to do—and they all halted just like many people’s plans halted or changed during the Covid-19 Pandemic, but I knew how to make money with my talents and skills. I knew I was great with children and landed a job as a nanny through one of the local resorts, eventually being the most requested nanny there. I also always valued keeping a clean and tidy house, so when I needed to make more money, I found work cleaning houses that kept my bank account full, was humbling, and not far from the work that Bob did in his early days.

Lesson 3: The basics of sales. It was this skill, along with persistence, that allowed me to earn enough money to buy my first home in AZ and start living the life I described when I first met Bob and he asked, “what do you really want?” Earl Nightingale also talks about the value of the top-notch salesperson in his book, The Strangest Secret.

Lesson 4: Is about the impression of increase or to put in more effort than you expect back. This gave me a razor’s edge advantage over my competition.

Lesson 5: Excellence is a commitment to completion. I learned to complete what I started early and to see a project through until completion.

Lesson 6: That success really is possible if you really want it, but there will be work involved. If you are willing to do that work that involves daily reading, studying, and then taking action on the ideas you want to create, that “strange and marvelous things will happen with constant regularity as you alter your life.”

It’s been a 24-year journey and I can look back now and clearly see the impact that taking action with the ideas I learned from Bob’s programs has had on the world.

If you are looking for a shift in your own life right now, think about some of these lessons and see how they could apply to YOUR life for new results. Then decide—are you READY and WILLING to follow my lead and take action in YOUR life? It begins with a decision, and the work is up to you.

“We have been given a mental tool that no other form of life, so far as we know, has. It’s called an Imagination. And we can take our imagination and go right into the future—and bring the future back into the present with us.” (Bob Proctor)

Andrea Samadi is the founder of Achieveit360.com, an author, and host of the Neuroscience Meets Social and Emotional Learning Podcast.

Andrea hosted Bob Proctor on 2 podcasts that you are able to listen to here: