The Power of Efficient Action 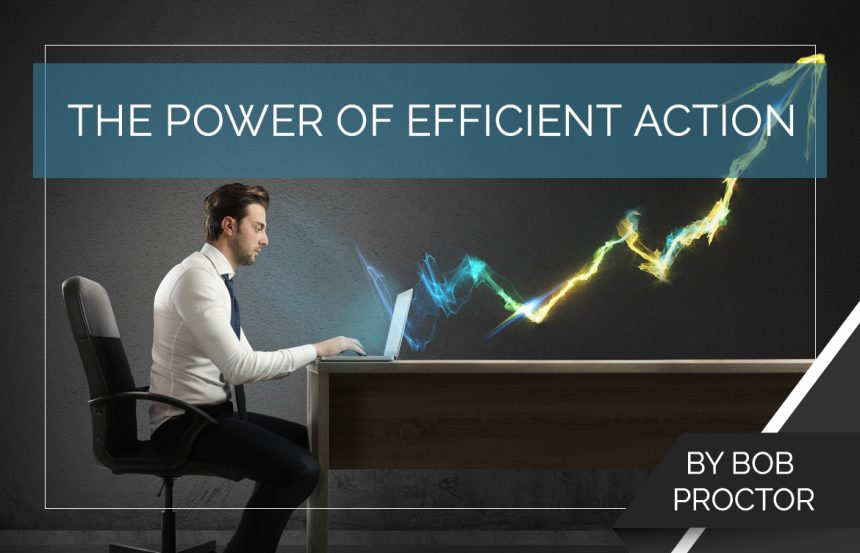 Every day, you have a long to-do list, and you get most of the things done.

Yet, you’re not getting the results you want.

Wallace Wattles addresses this in The Science of Getting Rich. Throughout the book, Wattles speaks about doing things in a certain way.

Doing things in a certain way works in getting rich or reaching other goals. But, while Wattles describes what this is, many people still find it hard to define and therefore struggle to act in a certain way.

If you’re busy all the time but still aren’t getting what you want, here are the primary components of efficient action in doing things in a certain way:

1. Do your best. This is your personal best effort so that in each situation you more than fill your present place. By always doing your best, you are acting in a certain way that leads to riches and the fulfillment of your dreams.

The Admiral was a demanding officer who said to him: “Where did you come in your class at the Naval Academy?”

Jimmy Carter said he expected to be showered with praise, but instead, the Admiral confronted him with this penetrating question: “Did you do your best?”

Develop a mindset that you will do your best, and that will ensure that you act in the certain way that Wattles described. It can make the difference between falling far short of your goals and accomplishing things you never dreamed were possible.

2. Take actions that are of a positive and increasing nature. Always add value to the people around you—those you are working with, customers you are serving, and anyone else you encounter in life.

When you act in a certain way, you refrain from actions that are negative or seek to take away from others. Instead, you make people feel better by leaving a situation or a conversation better because of the positive energy and value you bring to it.

3. Give more in use value than you receive in cash value. No one ever experiences great success if they just create a fair deal or do what is required.

Charles Kendall Adams, the American historian who lived in the 1800s, said, “No one ever attains very eminent success by simply doing what is required of him. It is the amount and excellence of what is over, and above what is required that determines the greatness of ultimate distinction.”

If you are just doing what you have to do today, it is going to be a mediocre day. Efficient action in acting a certain way is going beyond what is required of you. Just add that little bit extra each day.

4. Fix the image of what you want, down to the smallest details, in your mind. Then, you will become enthused just by contemplating your picture, and you will do what is necessary each day to move toward it.

Kathleen Norris, the American novelist, said, “Before you begin a thing, remind yourself that difficulties and delays quite impossible to foresee are ahead. You can only see one thing clearly, and that is your goal. Form a mental vision of that and cling to it through thick and thin.”

In other words, life is not a straight line. Stuff is going to happen that you don’t want or expect to happen. There are going to be delays and difficulties that you can’t always see coming, but because your mind is on what you want, you keep doing all that can be done each day to reach your goal.

Earl Nightingale said, “One day at a time handled successfully will carry you over every hurdle, and it will solve every problem.”

With each small action that you perform, recognize that it is part of the bigger picture and do it with a positive and loving energy. Each individual activity you are doing serves your overall purpose and goals.

Do not confuse efficient action with effective action.

A good example of this is personal fitness. Year after year, millions of people make resolutions to get in shape.

While many quit after a few days or weeks, some manage to go to the gym all year long. Even for those who stick with working out, at the end of the year, only about half of them achieve the kind of results they wanted.

Why? What differentiates the people who see their desired results and the ones who don’t?

The ones that succeed create an image of themselves being fit, they ask for help, focus on what they’re doing while they are working, and strive to vary and improve their workout.

The group that fails doesn’t really believe they can get fit, goes at it alone, mindlessly works out, and does the same workout every time they go to the gym.

When you start a new business, project, or relationship, and your heart is not in the new venture, your actions will be inefficient, and the new venture is guaranteed to fail.

Taking time to reflect on your actions is paramount to success. From time to time, we all need to evaluate our actions and decide if we are being efficient or effective.