The Hidden Power of Mindset 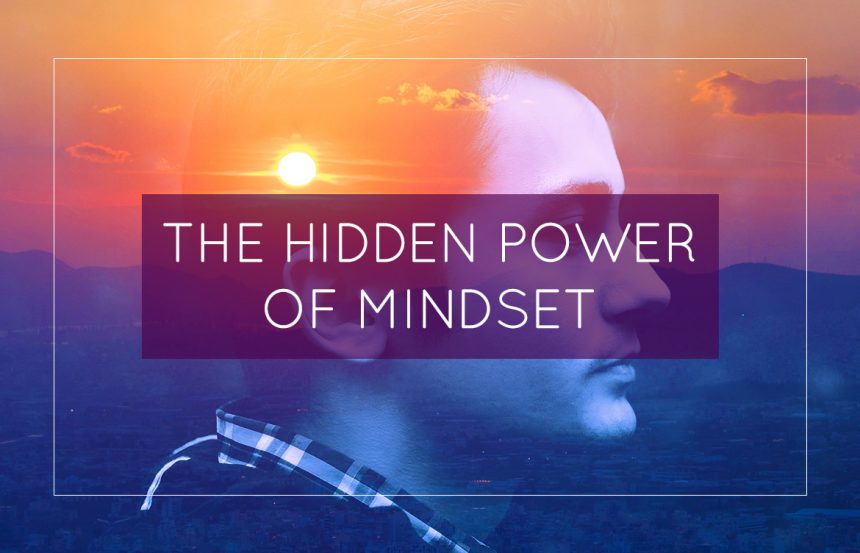 It started with difficulty sleeping because of a simple backache that wouldn’t go away. A little more than four years later, she was dead and my entire world had been turned upside down and inside out.

“She” was my wife Pam, and the backache was the first symptom of what was eventually diagnosed as 3rd stage acute multiple myeloma, a blood cancer of the bone marrow. Our journey from that diagnosis to her eventual death in August 2010 was a shared uniquely personal experience. I can only share mine, as anything I would share about Pam’s would be colored by my projections. Ultimately my story is one of reclamation and rebirth made possible by intentionally developing a completely new mindset in order to make a new life possible.

When she died my world as I knew it also died. We had been married almost 20 years and in the immediate aftermath of her death I noticed something I hadn’t noticed before and it had to do with my identity. I had become part of an idea that was “Blaine and Pam”. If this was part of who I was then, without Pam who was I? Where did I belong? What do I now do? Who is the “I” that manifests the life I’m living? GREAT unsettling questions that I embraced with a passion I hadn’t experienced for years.

As I dealt with my grief I became very aware that “moving on” was not something I wanted to do. We had together created too much good to leave. The idea of moving on and leaving this good behind didn’t feel right. As I wrestled with this notion I gradually came to realize that I needed to find a different way of thinking about what I was dealing with. Moving on or staying stuck in my grief were the two choices I thought I had and having only two choices always results in a dilemma. I needed a third option and this eventually became the idea of moving forward. I started to consider what I needed to let go of that no longer served me, what I wanted to hold on to that was meaningful, and what I wanted and needed to learn anew. The difference between moving on and moving forward may seem subtle but as a mindset shift, it was enormously empowering.

How to move forward? Wow, I didn’t have a clue, and so I simply started to imagine what I would love – not simply like – my life to be. I knew enough to know I needed to allow time for grieving and I didn’t want that grief to be what defined my experience of living. The question of experience seemed like a good place to start…what experience did I want as my life? Even though the answer was, at first, pretty fuzzy, that question was perfect because the experience I wanted was about love, not things.

I first read Napoleon Hill’s Think and Grow Rich in the 1960s but I hadn’t studied it. So, I started to truly study it as well as Michael Singer’s The Untethered Soul that I read over and over. I began playing with my imagination and thought about what kind of future I really wanted and what mindset and new paradigms would best contribute to that future. I started to pay attention, imagine possibilities, and intentionally practice new ways of thinking and acting that I felt were in alignment with the new future I wanted to manifest and experience. That future included a new love who would fully embrace my family in such a loving way that they too felt invited to move forward, it included laughter and family vacations, and it included a reinvigorated passion for my work. The one thing I did not do was spend a lot of time trying to figure out how all of this was going to happen. I truly trusted that spending focused time vividly imagining and feeling in my bones that this new future was real was the key to its manifesting. And, this wasn’t idle time spent contemplating my navel. I was in action; I was moving. The Sufis have a way of describing this kind of action as “effortless efforting.”

Rather than being preoccupied trying to figure out “how” this was going to happen I trusted the “how” would become clear to me if I followed my heart. I experimented. I wasn’t attached to any “way” producing any specific outcome. There were some dead ends and false starts but they were all part of the process. One of the absolute keys for me was joining a couple of small masterminds to help with the process. They were invaluable (and continue to be today). They helped me identify what I’d never considered which set me up to practice and integrate new ways of thinking into my daily routines. These new practices slowly began to replace and modify the mindset that was and new possibilities began to appear. As my life began to expand and grow in new directions so did the lives of my family. As they saw and felt me moving forward without moving on, they began to move forward from their own grief. It’s said that time heals. Yes, it does and with intention, focus and discipline, time can be sped up.

The ten years since Pam’s death have been extraordinary. Like the Phoenix rising, a new life and world have appeared. I met and married an absolutely amazing woman and partner, Cynthia Kersey. My kids, grandkids and extended family members love her. She truly entered my and our lives with grace, gratitude, and love. Being open to the experience of loving and being loved again was important. I let go of notions of “appropriate” grieving time and I welcomed what my heart wanted knowing that defaulting to love is always inclusive and empowering. Cynthia was and is a foundational part of realizing the experience I now have of my life. None of us builds our lives by ourselves. Everything is a relationship and the quality of my relationships truly does become the quality of my experience of life. Other new relationships formed, existing relationships transformed, new business opportunities appeared, and with them, new opportunities to do that which I most love to do – teach.

A new mindset of moving forward was truly the catalyst that enabled me to experience and create what I have today. Developing that mindset wasn’t accidental and it wasn’t left to chance. It was intentional. I took action while being attentive to existing relationships and was careful to not be constrained by them. What did my heart want? What would I love? Elegance – doing things in ways that result in little to no unintended consequences – became my litmus test. I was and still am on an amazing journey informed by “what would I love?”

I invite each of you reading this to consider the hidden power of your mindset. All of your results are the consequence of your mindset. When I set out to rebuild my life I didn’t start with how. I started by looking inward and wondered what would I love. I thought about what needed to be left in place, let go of, or learned anew. This isn’t a journey for the faint of heart. Changing a mindset is hard work. As the saying goes, “if it were easy everyone would do it.” I found people and a mastermind group to support me on my journey to what was possible. Find your people, explore a mastermind, and begin your journey to a future that is worthy of who you are.

Blaine Bartlett coaches and consults worldwide with leaders, executives, companies, and governments. He has personally delivered programs to more than 300,00 individuals and has directly impacted more than one million people worldwide.

If you want to take it a step further check out his incredible Mastermind Program by going here. He will show you something inside yourself that will bring out the best in you.