A Moment Can Change Everything 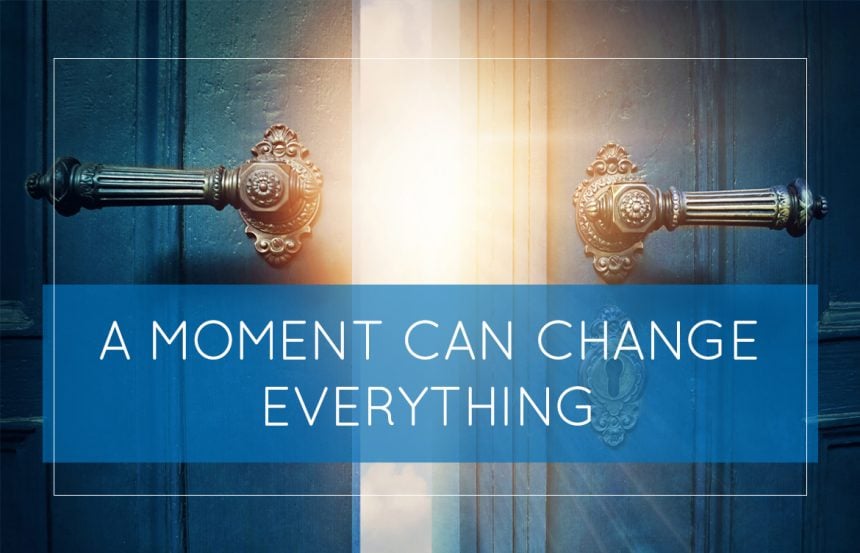 Has something ever come out of nowhere and turned your whole life upside down?

A friend had invited me to a weekend management seminar in Vancouver, Washington, and I decided to go even though I didn’t know anything about it.

When I arrived at the seminar, I found out it was The Science of Getting Rich with Bob Proctor.

If my friend would have told me the name of the seminar and that it was with Bob Proctor, I would have said, “Who is Bob Proctor, and that sounds weird.” And I probably would not have gone to the seminar because I was already earning a high six-figure income as a securities attorney, and I was focused on heading up my practice group.

Still, when Bob walked on the stage that evening and started talking, I was hooked!

He was talking about how the mind truly works and how it controls our behaviors and our results and asking us what we really wanted—things I had never learned in all my years of schooling.

It made me think about all the brilliant people—graduates from Harvard, Stanford, and Yale—I had met in boardrooms and executive offices over the years. Executives and lawyers who could not figure out why they were not getting the results they wanted.

I knew it would make a tremendous difference if I could package what I was learning from Bob and share it with the leaders of the companies I had worked with.

Over the next two days, Bob’s teachings continued to captivate me. I started to see everything in a new way, even things I’d heard many times before. And I began to reevaluate who I was a person and what is possible in this life.

From the stage, Bob kept asking, “What do you want? What do you really, really want?”

And, even though my mind kept chattering away on all the reasons I couldn’t do it, I wrote the following in my workbook, “I want to be in the inner circle of Bob Proctor’s company. I want to be Bob’s closest advisor, and I want to create a program with him to bring into the corporations that I have worked with.”

I wrote it in tiny print because I didn’t want anybody to see it. Then I slammed the workbook shut right after I wrote it.

I didn’t know it then, but that moment changed the direction of my life. For the first time since I was a little girl, I really wanted to do something other than being a lawyer.

Before I left The Science of Getting Rich seminar that weekend, I made a committed decision to do the things I had written in my workbook.

And, by April of 2009, I had accomplished all three things I had been embarrassed to write down in August of 2006. Today, I am joyfully living my purpose and continually expanding my world.

What do YOU really want?

Don’t ever settle or become complacent in life. Say ‘yes’ to new opportunities and ideas that will develop your mind and unfold your soul.

If you keep your mind open, your life can change in the most magical and beautiful ways.

And you know what?

It can happen in just a moment.

Click here to find out about The Secret Science to Getting Rich Webinar with Bob Proctor.