The Subtlety of Language 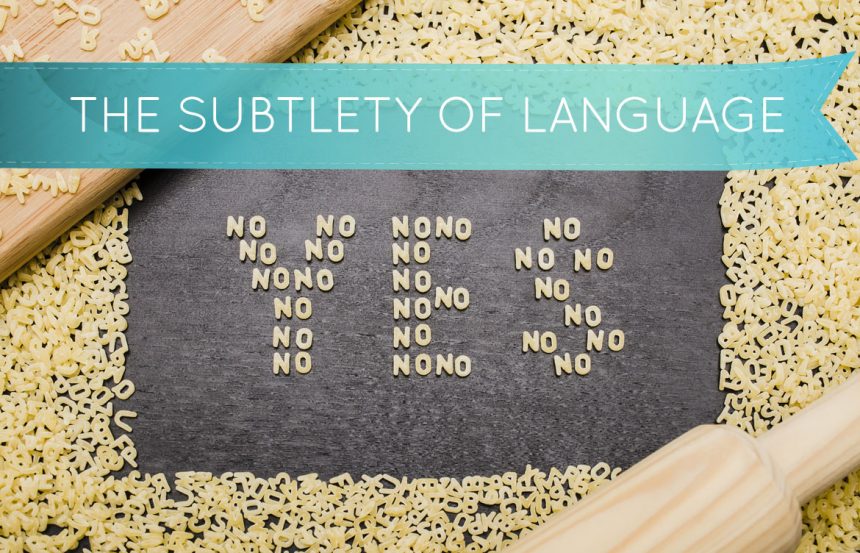 I found that when you start thinking and saying what you really want then your mind automatically shifts and pulls you in that direction. And sometimes it can be that simple, just a little twist in vocabulary that illustrates your attitude and philosophy.

Our language can also affect how others perform and behave around us. A teenager says to a parent, “I need $10.” If the parent learns to say, “That kind of language doesn’t work here. We’ve got plenty of money, but that’s not how you get $10,” then you teach your teenager how to ask, “How can I earn $10?”

That is the magic of words. There is plenty of money here. There is money for everybody, but you just have to learn the magic words to get them—for everything you could possibly want, if you just learn the philosophy. How could I earn $10? Because you can’t go to the soil and say, “Give me a harvest.” You know the soil smiles and says, “Who is this clown that brings me his need and brings me no seed.” And if you said to the soil, “I’ve got this seed and if I planted it, would you work while I sleep?” the soil says, “No problem. Give me the seed. Go to sleep and I’ll be working while you’re sleeping.”

If you just understand these simple principles, teaching them to a teenager (or adult) is sometimes just a matter of language. It’s like an investment account instead of a savings account. Simple language, but so important. It is easy to stumble through almost a lifetime and not learn some of these simplicities. Then you have to put up with all the lack and all the challenges that don’t work out simply from not reading the book, not listening to the tape, not sitting in the class, not studying your language and not being willing to search so you can then find.

But here is the great news: You can start this process anytime. For me it was at age 25. At 25 I’m broke. Six years later I’m a millionaire. Somebody says, “What kind of revolution, what kind of change, what kind of thinking, what kind of magic had to happen? Was it you?” And I say, “No. Any person, any six years, 36 to 42, 50 to 56. Whatever six years; whatever few years you go on an intensive, accelerated personal-development curve, learning curve, application curve, and learning the disciplines.”

Now, it might not take the same amount of time, but I’m telling you the same changes and the same rewards in some different fashion are available for those who pay that six–year price. And you might find that whether it’s in the beginning to help get you started, or in the middle to keep you on track, that your language can have a great impact on your attitude, actions and results.