Looking Past The “I” 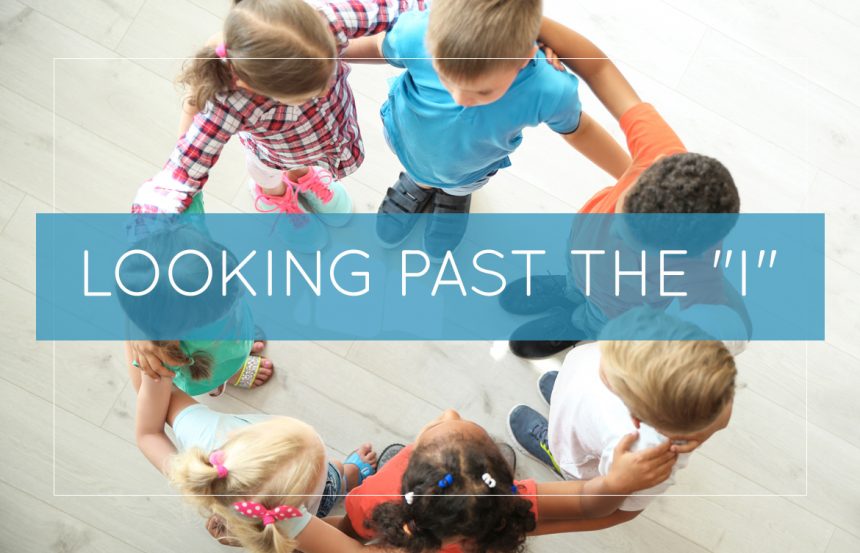 Several years ago the New York Telephone Company made a detailed study of conversations to identify the most commonly used word. Can you guess what it would be?

C’mon, when you see a group photo, whose picture do you look for first?

I’m remembering when my son was in high school and the high level of anxiety he experienced about potentially doing anything that would draw negative attention to him. And I mean something seemingly harmless, like being two minutes late for class, which would cause the other mates to stare for a brief moment. At that age, it’s enough potential embarrassment for some kids to skip class. But I would remind my son that everyone is so worried about themselves and their image, they really are not noticing him as much as he thinks.

That might sound harsh, like my son doesn’t “matter”, but it’s not. In fact, I just bought him a sign for his room that says, “I’m kind of a big deal”. He is. We ALL are.

And when we don’t attract people, we’re stumped as to why.

In, “What Life Should Mean to You” by a Viennese psychologist, Alfred Adler, he writes, “It is the individual who is not interested in his fellow men who has the greatest difficulties in life and provides the greatest injury to others. It is from among such individuals that all human failures spring.”

Aha! ~ Make a habit of becoming genuinely interested in other people.

In grade four we learned how to write a letter to someone. The teacher encouraged us to start the sentences with something other than the word “I”. It was difficult! We are so used to living from our perspective! She insisted we take the side of the reader when composing and design the letter to share our information or sentiments but from the reader’s point of view. We had to jump in their shoes and write in a way that would be of interest to the receiver. That takes effort…but like all effort, it becomes a habit.

Judging by the number of “letters” in my inbox that center around the needs of the sender, I’m guessing they don’t teach that skill in grade four anymore.

The fact is, many of us are so starved for acknowledgment and validation that we’ll take any fleeting compliment. But know there’s a difference between flattery and appreciation.

“I have discovered from personal experience that one can win the attention and time and cooperation of even the most sought-after people by becoming genuinely interested in them.” ~ Dale Carnegie.

The word here is “genuine”. You can make a profound connection with someone – whether it is your mate, your child, your staff, your market, your audience or your support worker – when you sincerely and openly appreciate them on all levels.

Look for the connection and you’ll both win.

Jae M. Rang is an award-winning Marketing Strategist, Speaker, Author, and Mom. If you enjoyed today’s story, we invite you to subscribe to Aha! Moment Mondays, truly thought-provoking and insightful prompts, at www.ahamoments.ca and, as an Insight of the Day subscriber, receive a FREE e-copy of Jae’s second book, 50 Simple Ways to Increase Brand Visibility.