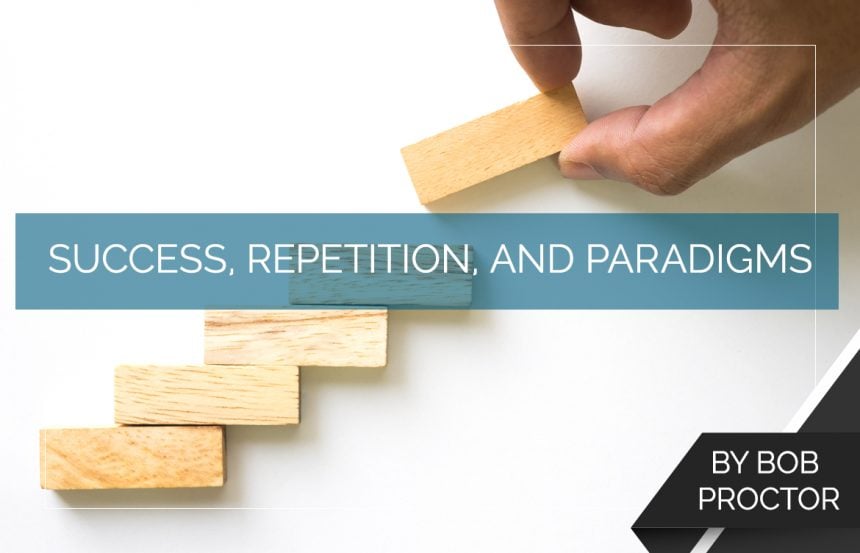 Many years ago, Earl Nightingale said, “Success is the progressive realization of a worthy ideal.”

That was the best definition of success I’ve ever come across.

So, let’s talk about how YOU can realize your worthy ideal. And how you can keep achieving your ideals or goals, one after another, in the years ahead.

Before we get started, let’s get clear on two things…

First, any time you want to make a significant change, whether it’s earning a lot more money or ending world hunger, you’re not just trying to change your income or feed more people. You’re trying to change a paradigm—the ideas, beliefs, and habits you have about those ideas.

And second, you can’t change your paradigm with self-will alone.

If you understand those two things—and you’re ready and willing to change, you’ll be amazed by where it leads you.

The Only Two Ways to Change a Paradigm

One way to change a paradigm is to experience an emotional impact that hits you so hard that your life is never the same. It’s usually a negative or troubling event, such as a death, an act of violence, or a natural disaster, but it can also be positive.

Since significant emotional impacts are unpredictable, I strongly recommend using repetition, the second way to change a paradigm. Repetition is exposing yourself to a new idea over and over again.

The point of repetition is not to memorize information, but rather to impress the idea or image into your subconscious or emotional mind enough times that it replaces the old idea or paradigm that resides there.

Repetition is the Mother of All Learning

Repetition is one of the primary ways we learn. And changing a paradigm is ultimately learning (or adopting) new beliefs and habits.

You see, our paradigm is tricky. It has us accepting the concept that if we can remember and repeat information, we’ve learned it.

Regardless of how often we’ve heard it or how many people believe it, that is not learning—it is merely gathering information.

This is precisely why so many people continually get the same results. They read books and attend seminars, but very little changes. The main thing that does change is their frustration is heightened.

Consciously entertaining an idea—in this case, your goal—is easy.

Emotionalizing the idea so that it gets planted in the subconscious mind is anything but easy because your paradigm is deeply rooted in you. It has been running the show for a long time, and it does not want to change.

Let’s say your goal is to lose 30 pounds in a year. That’s a worthy ideal; however, your paradigm wants you to stay just the way you are.

The paradigm doesn’t want to lose the weight, so it’s prepared to throw up roadblocks to keep you at or near your current weight.

When you start snacking on carrot sticks and hitting the gym, your paradigm fights back with statements like, “Come on… one piece of bread isn’t going to hurt you” or “You’ve got too much to do to go to the gym. You can go later.”

So you must keep repeating your goal and impressing the image of the slimmer you over and over until it starts to take hold in your subconscious mind.

That’s because initially, the image is weak because it’s only in your conscious mind. It’s like a little sapling planted there. Repetition works to loosen the soil of the conscious mind and allow the new image to take root in the subconscious mind.

The more you impress the image into your emotional mind, the stronger it becomes. Eventually, the old image (the paradigm) weakens, and the new one replaces it, and you move into the vibration that the image creates.

When that happens, you are in resonance with being—and remaining—30 pounds lighter, and you will reach your goal.

This process works because it is aligned with natural laws. That said, it’s important to be mindful of the ideas that you are planting.

Unlike the conscious mind, the subjective mind is totally subjective. It accepts whatever you give it. So, ANYTHING that you say, write, or feel over and over again will eventually become fixed in the subconscious mind…

What she didn’t understand was that she was actually programming me to be late for school!

Just 15 Minutes a Day Can Change Your Life

Each day, you allocate a portion of your time to certain things. You eat every day. You wash your body. You get dressed.

Well, if you want to improve the quality of your life, start allocating a portion of each day to changing your paradigm.

Use the download below today to start dedicating time to building a new image in your mind by writing your goal—in the present tense—at the top of the sheet.

Then, immediately afterward, write your goal with your opposite hand ten times. Then, do it again later today so that you have written your goal 20 times with the opposite hand.

Tomorrow, take a new sheet and repeat this process, writing with your opposite hand, twice a day.

Doing this for just 15 minutes a day for the next 30 days will pay huge dividends in shifting your paradigm.

And here’s something else I highly recommend…

Become an actor. Write a script that details how you really want to live, and then read it and re-read it. Memorize the script and then internalize it. Become the script. Become emotionally involved with it. And then, you’ll start to live the part.

There’s a very good reason that people say repetition is the mother of all learning. But, don’t believe what anyone else says. Give it a shot for yourself to let the principle of repetition prove itself to you. I know you’ll be glad that you did.