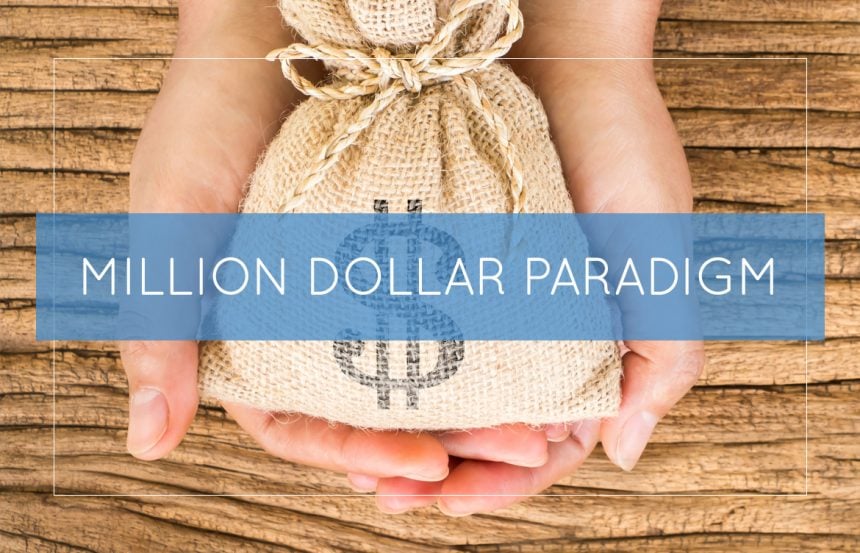 Growing up I saw others around me who were wealthier than our family.

My parents and grandparents would draw attention to people that had money and identify that we weren’t like those people.

It was a reflection of their beliefs about themselves and money and what had been passed to them from previous generations.

I grew up hearing, “There isn’t enough money and we can’t afford it… we have to go without.” This became my conditioning around money and of lack and limitation.

I remember making the decision I was going to do more, be more, and have more as a young child. I was good at school and followed the academic path. This is what I believed I had to do to create the life I wanted. This is what I had been told by society to do. I worked four jobs through University trading my time for money before becoming a teacher. Teaching was something I was going to do for 2-3 years until I found what I really wanted to do. Instead, I stayed there for 15 years.

Running a farm with my husband it felt like it was always a struggle as well. There was never enough money. We never took time off. We became workaholics. We poured relentless hours into working physically but never really getting ahead. Not reaching the income that we desired. And when I started my own business I did exactly the same thing, pouring a lot of time, money, and effort, not getting the results I wanted.

I had become so frustrated and disappointed. I had no idea what to do to improve the results in my life.

I was doing what I had been conditioned to do. Get an education and work hard for your money. Now many people could be looking from the outside in thinking I had it all, the farm, a job, and a beautiful family. There was something in me that just wasn’t satisfied that this was it for the rest of my life. School gives you valuable knowledge but it doesn’t teach you how to alter your subconscious programming, your paradigm, which ultimately controls the results in your life.

I didn’t feel good enough… I continually compared myself to others. I didn’t have confidence. I was scared of rejection. I couldn’t charge for my services. I wasn’t aware of what was keeping me stuck. I felt like I was locked in a prison.

I invested heavily into personal development. I really believed that I could be successful. And I wanted things to be different for my children. I had this inner desire that was growing.

It wasn’t until I heard the phrase, “The more money you earn the more people you can help,” that my whole perception around money changed. My strong desire has always been to help people get what they want. This change in perspective allowed me to create a healthier relationship with money and this began opening more doors for me to help more people – exponentially.

I decided to focus on creating a millionaire self-image and realized that I had no idea what that looked and felt like.

If I didn’t know what it was, I was sure there were plenty of other people out in the world wondering too. I began to change what was under the bonnet of my subconscious mind, my money paradigm (my beliefs and conditioning around money) and my self-image.

Here are 3 points that can lead you to the money and success that you desire.

It really is that simple!

Rachael is a business mentor, author, and educational consultant who has run an Agricultural Operation in Tasmania, Australia with her husband for the past 17 years and has four children. Rachael knows what you need to create balance in your life and become the best version of yourself.

Rachael is the author of a NEW book: The Secret Million Dollar Paradigm: Your Formula to Success Go here to get your copy today! http://rachaeldownie.com.au/book/ and receive bonus gifts