The Wisdom of The Cave 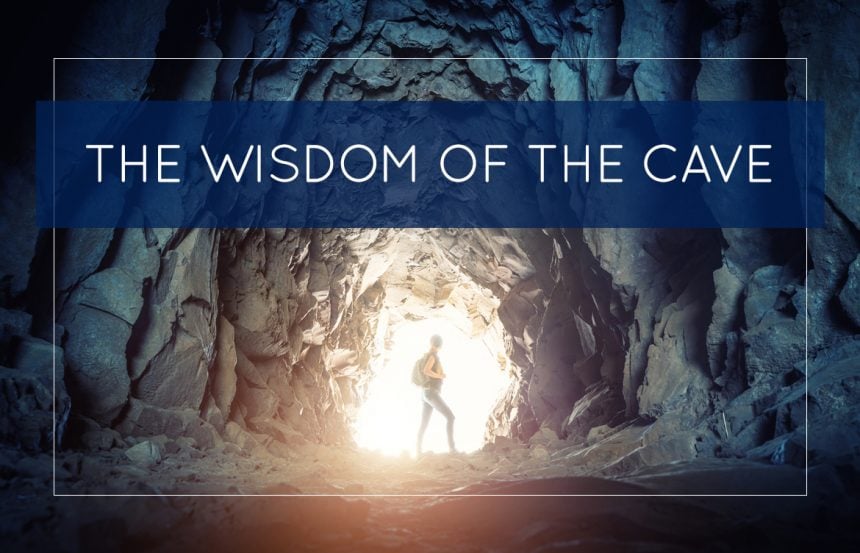 When I was in my early twenties a man named John—whom I refer to as an angel in the flesh—was sent to me to take me from believing in nothing to believing in everything. To do this he had to show me miracles and teach me many powerful lessons. This short story is an example of one of his teaching moments.

One day, my angel John and I drove out to the middle of nowhere, parked his truck, and then hiked for a little while. Soon we arrived at what looked like a hole in the ground. As had become my habit, I followed John. We went a few steps down into the cave, and he reached into his backpack and pulled out a flashlight. Soon there was no light at all, except for the flashlight that John had in his hands.

After we were in the cave for about a half an hour, John was about a hundred feet in front of me. I needed to catch up since I couldn’t see much ahead; I was relying on his flashlight. Suddenly the light went out, and I learned the meaning of not being able to see my hand in front of my face. I called out to John.

There was no response.

I started to feel intense anxiety and fear. I started hyperventilating. I remembered my mother and her claustrophobia—I always thought she was exaggerating how bad she felt. Now I was experiencing it myself, and I was able to understand the panic she went through.

Where did John go?

Why did the flashlight turn off, and why would he leave me?

My heart raced, and I was about to lose it when I heard John’s voice say, “Breathe, take a breath, relax, and trust. Don’t worry.”

He told me to sit down on the ground Indian style, and he repeated that I should take a nice deep breath, relax, and trust.

I did as instructed. My heartbeat slowed, and the anxiety subsided, I focused on my breathing, and before I knew it, I was calm. When I was relaxed again, the flashlight came back on. John was standing in the exact spot where he had been when the flashlight went off. He had not moved. I could have simply walked a hundred feet, and I would have bumped into him, but instead, I had freaked out.

He explained this was a metaphor for life. There would be many times in my life when I would become accustomed to walking in the light, then something would happen, and the light would appear to dim or turn off. How I reacted in these situations would determine my ability to survive them. The way I reacted would also determine how much I would be able to learn from my life experiences.

He told me to think of it this way: The light is always just a hundred feet away.

The light never leaves; it only appears to. When this happens in life, you have a choice. You can freak out, get anxious, get depressed, blame the light, point fingers, struggle, and judge—or you can trust that the light is still there.

If you can know in your heart that the light is still there, all you need to do is stay calm, and navigate your way forward until you find the light.

Keith Leon S. is a multiple international bestselling author, a speaker, and co-owner of Leon Smith Publishing. He is on a mission to teach 100 million people how to easily access their inner guidance system. His new book, Walking With My Angels: A True Story released on August 20th. In the book he shares how he should have died 7 times already, and his life has been spared with the help of angels. To find out more, go to: www.WalkingWithMyAngelsBook.com