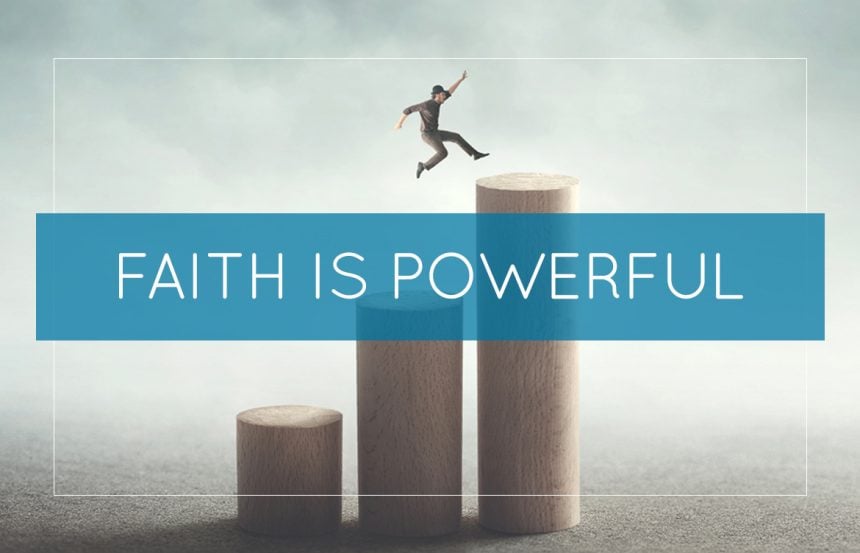 Years ago I heard Bob Proctor quote Clarence Smithison with these words:

“Faith is the ability to see the invisible and believe in the incredible and that is what enables believers to receive what the masses think is impossible”.

Can you imagine if you lived your life by these words? You would achieve phenomenal results … consistently.

Several months ago, I was inspired with an idea. If you are anything like me, you get ideas all of the time. I find ideas come to me when I am on purpose, on track and focused on my goal. And, equally as important, focused on being of service and finding ways to bring value to the world.

One Saturday morning an idea popped in my mind – what if I could teach people how to earn a million in a month? It felt divinely inspired and I decided to act on it.

You see, I have personally done just that (earned a million in a month) and I know several other people who have done the same.

As my business partner and I began to introduce this concept and invite people to consider earning a million a month, we found that many people’s paradigms were getting in their way. They heard about our free ebook giveaway, cleverly called: A Million In A Month. People were excited about this idea, however, as they entertained this idea, the thoughts that came up were things like: “what do I have to offer anyone?” or “I’ve never even earned a million in a year, how in the world could I do it in one month?” or “I wouldn’t even know where to begin so why bother starting”.

All of those questions are a reflection of paradigms. We all have paradigms. Paradigms are your belief systems that determine your thoughts, words, feelings, and actions. Some paradigms support us and some do not. Those types of questions are understandable, but here’s the process to move past them – notice when you are asking yourself questions that do NOT lead you to where you want to go. The moment you recognize that the thoughts are destructive, choose to switch to a better thought. Ask yourself this question: “Would I love to earn a million in a month?” and if the answer is “YES”, make a decision you are going to do it.

Making a decision to move in the direction of your goals, with faith is how you grow and become someone who is “unstoppable!” The true reward is not the $1,000,000 you earn, but more importantly, the person you become along the way.

When you harness the technique you will soon realize that you really can create the life of your dreams where you live in abundance and do what you love.

Do you know that only three percent of people earn more than ninety-five percent of all the money that is earned? These people have learned how to generate multiple sources of income (MSI) to become wealthy.

More than 95% of the population trade their time for wages. The trouble with this way of earning money is that you will eventually run out of time.

I was recently asked how many MSIs I had and what they were. I did not know the answer. I receive checks in the mail for royalties for my books and online money transfers for affiliate marketing. I have an app out there in the world that I receive royalties for and I have many downloadable programs available for purchase from my website. My books have been translated into numerous foreign languages and I receive royalties from the foreign rights publishing houses. Money is always flowing into my business and in many cases, the work is complete and the product is downloadable.

These great examples of passive income are available to you too. I would love for you to model some of my MSIs and generate revenue in your business while helping your audience in your own special way.

I have a client who has a completely automated website with downloadable audio recordings available for purchase. The recordings are already finished and the shopping cart takes care of the sale. Her website is earning money 24 hours a day and she does not have to even be there.

You’re probably asking how you can set up MSIs and earn money while you sleep.

Just now, I mentioned several ways for you to consider. Royalties from your book and foreign rights publishing are one source of passive income. Teach and record a program that you can sell and deliver electronically (whether you are there or not). Host a free tele-summit or webinar series and sell the recording. There are so many possibilities! Between passive income and MSIs, you can create a very lucrative business that does not require much of your time. This frees more of your time to do what you love.

Another idea for creating an MSI is to record a program you deliver and offer the course as a downloadable program from your website. You can even have the content of your program transcribed and edited and then you have a book to sell!

So, how many MSIs should you have?
As many MSIs as you want. Bob Proctor has been quoted to say that wealthy people have MSIs.

You do not have to create all your programs and services at the same time. Get one product or service running smoothly before moving on to the next. Focus is key when starting a new endeavor.

Bob Proctor also tells a story about a performer who was spinning eighteen plates at the top of long sticks. The performer would race along and keep them spinning. Just when it looked as though one might fall, the performer would get it going again. Bob says it was phenomenal to think of the concentration of the performer.

After the performer finished and was chatting with the audience, Bob said someone asked the man how he could possibly get and keep those plates spinning at the same time. The performer replied that it was easy, he just started with one plate and got it spinning really well before he moved on to the next plate.

You can use this method too. Rather than creating half a dozen new products, create one and make sure it is established and running smoothly, then when you are ready, simply create another source of revenue, like a downloadable audio program.

Then you add a third, and a fourth, and a fifth. You are much more likely to succeed if you focus your energy on getting your first product or service running really well before you move on to others.

Peggy McColl is a New York Times Best-Selling author and Manifestation Mentor. If you’d like her step-by-step, hand-held guidance, implementing this roadmap, in a format designed for ANYONE (whether you’re a “beginner”, or already own a business)… click here to download Peggy’s Quick Start Guide: