5 Strategies to Become Your Own Boss 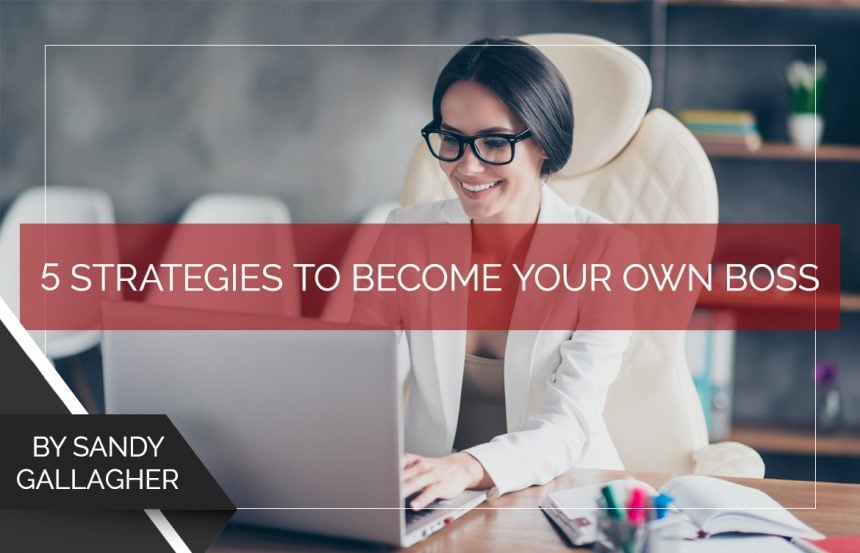 When I worked as a lawyer, everything in my work was precise.

The books in my office were perfectly lined up and color-coded. My desk was perfectly organized. And the conference rooms were sparkling clean.

And the work itself was orderly. There were rules for most everything. Each legal decision was based on precedent—what had happened in previous cases.

Even my time was closely monitored. I kept track of every minute I worked on each project or spoke to a client so that I could bill them for my time.

This was the systematic world I was used to. Then, I decided to become an entrepreneur, and it shattered everything I knew about what it took to succeed in business.

If you’ve been working as an employee becoming your own boss can be one of the most rewarding things you’ll ever do.

But it will take some getting used to.

You see, while there are standard operating procedures for working at an established company, there are no rules for entrepreneurs. There’s no right or wrong way to do things.
So today, I’m sharing five strategies that will help you navigate this new world with a greater sense of awareness and confidence.

#1: Recognize that you’re creating your own destiny
(and you’re the best person for the job)

In the law industry, there’s always a right way. You do things a certain way all the time—no questions asked.

However, as an entrepreneur, every situation, every project, and every problem is new. There is no precedent; so, you must decide what to do and how to do it on your own.

And while there is no right way to do things when you’re the CEO, I’ve learned, through a lot of trial and error, that there is always a better way.

While that may sound scary at first, if you understand and embrace this idea, you will begin to relax and adopt a mindset that’s different than ever before.

You won’t worry as much about being wrong. Instead, you’ll focus on doing and getting better and better, and you will start to create amazing things in your business and your life.

Have you ever seen the TV show, Ninja Warrior?

It’s where top fighters, wrestlers, and athletes compete in very difficult physical contests. Often the obstacles they must overcome are not what they seem, and, without having much information, the contestants have to make split-second decisions to keep from being eliminated from the contest.

For example, they may be on a tight rope, and several objects are swinging toward them. They have to decide whether to keep moving or step back so that they won’t be knocked off the rope.

If that were you, would you freeze and say, “Oh, my God, I don’t know if these things are going to hit me. I need more information. I better stop here.”

Or would your mindset be, “Even though I don’t know how I’m going to navigate all this, I’m going to keep moving forward, so I don’t fall off or stay stuck.”

Ninja Warriors trust their gut, and they move forward with limited information.

And that’s the mindset you must have as an entrepreneur.

There will be a lot going on at once, and you’re going to have to figure it all out on the fly.

This was quite a challenge for me when I first started working with Bob. Any time I had to make a decision, I wanted all the data. I wanted to analyze everything and then talk about it.

But Bob would look at it, and he’d quickly say, “Here’s what we should do.”

“I just know. My intuition is telling me.”

That was a valuable and powerful lesson for me.

Now, instead of analyzing and mulling over every detail, I go with my gut ALL the time. And it’s a far more enjoyable and effective way to make decisions.

If you want to succeed as an entrepreneur, you’ve got to learn to trust your gut and make decisions even when you have very little information.

In the beginning, you’re frequently going to wonder what could go wrong.

If you don’t have the discipline to stop your thoughts from going down that path, you’re going to set the stage for things to go wrong. So, you don’t want to put your energy there.

Get ahead of this process by asking yourself upfront, “What’s the worst that can happen?”

Don’t think about something horrible that happened to someone else. Think of your own life.

Would the worst thing be that you have to go live with your parents? And, if so, would it be the end of the world?

Or maybe it would be that you could lose everything you have?

Bob has lost everything he had twice. When I first heard that it freaked me out because I grew up with bankers and I’m an investment advisor. So, the idea of losing it all was very unsettling.

However, now I realize that it is a very freeing idea. If you created something once, you could create it again. And now that you know more, you can create it even bigger and better the next time.

Embrace the idea that even the worst that can happen won’t break you, and you can get everything you may lose—and more—back.

It’s scary to think of failing.

But the truth is, if you’re going to become your own boss, you are going to fail at some things.

If you’re not willing to go out there and fail, you’re probably not going to do much of anything. So, it’s not a question of if you’re going to fail; it’s what you do when you fail.

What do you do?

You get back up, and you keep going. Your mindset must be:

This is part of the entrepreneurial mindset. That’s what you have to be willing to do.

I like to say, “Fear and growth go hand in hand.” When you face the fear (and there’s a lot of it when you’re in an entrepreneurial environment), you automatically experience the growth.

So, you want to embrace the fear and just do it. Once you’ve done it, the fear will go away.

The pursuit of excellence brings the very best of you to bear on whatever you are doing.

The admiral was a demanding officer who said to him: “Where did you come in your class at the Naval Academy?”

Jimmy Carter said he expected to be showered with praise, but instead, he was confronted with the penetrating question: “Did you do your best?”

A standard of excellence is the mindset that you must have as an entrepreneur. It can make the difference between being overlooked and being remembered forever. 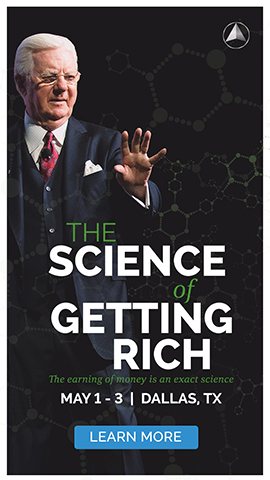