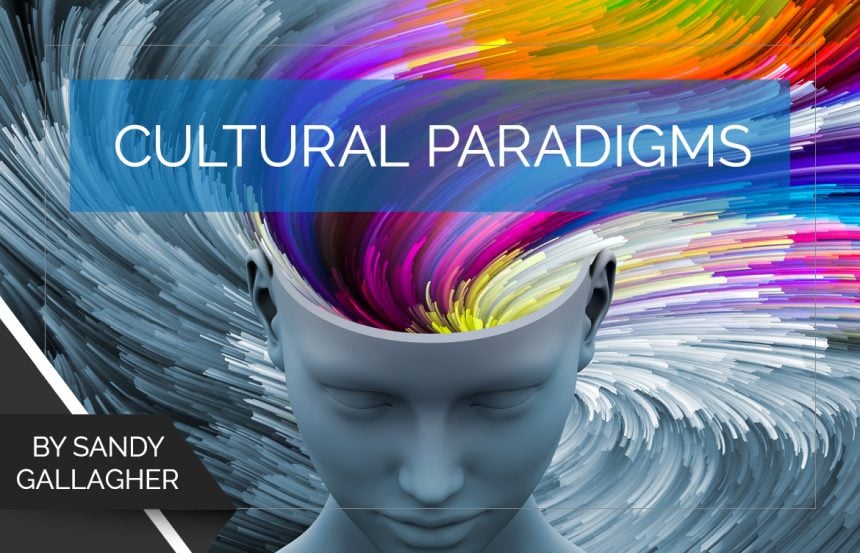 What are you doing today?

If you live in the U.S., there’s a good chance you’re celebrating Memorial Day by having a cookout, visiting a cemetery, or sitting by a pool.

And if you’re Canadian, last Monday you may have spent part of your Victoria Day relaxing at a park, attending a parade, or watching fireworks displays.

No matter what country you’re from, all holidays are cultural paradigms. On these days, we are conditioned to do certain things, attend certain events, and even eat certain foods.

Of course, there are many other cultural paradigms that determine our behavior.

For example, in hot weather, some cultures consume iced beverages believing that the colder the drink, the more the body will cool down. However, other cultures drink hot beverages to elevate body temperature and diminish the perception of external heat.

You’d think the human response to heat would be a physiological need only. But the different cultures’ responses show that, even when it comes to physiological needs, cultural theories and practices, along with ingrained beliefs, are key determinants in human behavior.

There are paradigms in our family, company/organization, school, political affiliation, and so forth. These paradigms dictate what the culture is about, what it does, and what’s supposed to happen in a given situation.

Cultural paradigms put a box around how we view every aspect of life. As a result, everything from science to religion to philosophy hits a dead end through current paradigms.

But Here’s the Thing…

Like personal paradigms, cultural paradigms can shift. And when they do, the growth and change that occur can affect an entire country.

Here are a few paradigm shifts that have occurred in U.S. culture:

Out with the Old

Unless something happens that causes a major emotional impact, paradigms usually change gradually.

Here’s an example of how it might look when a cultural paradigm, which provides a mental lens through with we view or interpret reality, changes over time:

What are Your Desires and Expectations?

We talk a lot about personal paradigms, but have you ever considered how cultural paradigms are affecting the choices you make each day?

Many organized religions, communities, families and school systems often communicate, at least implicitly, that all the power and authority is outside of you, and that you need permission to do anything that doesn’t conform with their norms.

This messaging produces compliant adults who constantly seek validation and approval and feel they must get permission to be, do, or have things that aren’t aligned with what others expect of them.

Take some time to think about where in your life you may be doing that. Instead of automatically adopting or accepting the beliefs and practices of those around you, question them to see if they’re aligned with your values and goals.

Don’t accept something as your fate because that’s what is expected of you. It may be time to reject the normal order.

Instead of following the masses even when it doesn’t reflect who you are, start making your own choice, and stand in your own truth. Not only will it change your life, but it may also encourage others to stand up for themselves,

And then maybe, just maybe, it will eventually start to shift an outdated paradigm.

P.S. The download below can help you evaluate how cultural paradigms are influencing your life.