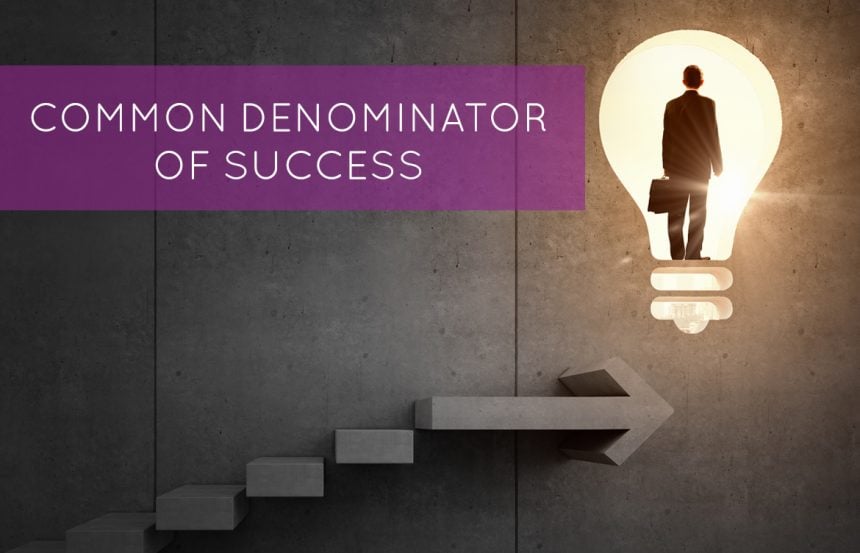 Why in the world, when success is available to everyone, do so few succeed? To the vast majority of managers, teachers and parents, this is one of the most perplexing questions with which they can be confronted.

Many will tell you it is a rhetorical question – there is no answer. However, that is just not so. There is an answer and I want to share it with you. Perhaps you have already heard the answer. Albert E. N. Gray delivered it in a speech years ago in Philadelphia. The speech was titled, The Common Denominator of Success.

Mr. Gray explained that success is something achieved by the minority of men and women, it is therefore unusual, and not to be achieved by following our usual likes and dislikes, nor by being guided by our natural preferences and prejudices. In other words, success cannot be achieved by doing what comes naturally. Gray said the common denominator of success is in forming the habit of doing things that failures don’t like to do. Let me repeat, successful people form the habit of doing things failures don’t like to do.

Successful people are influenced by the desire for pleasing results. Failures are influenced by the desire for pleasing activities. They are inclined to be satisfied with such results as can be obtained by doing things they like to do. Make a list of six activities you know will give you the success you seek. Commit to do these things religiously for thirty days and they will become habitual.

Then, as William James put it, you will wake up one fine day to find you are one of the competent ones of your generation.

Go here now to watch a webinar based on a little book I picked up over 50 years ago. I hope you enjoy it.