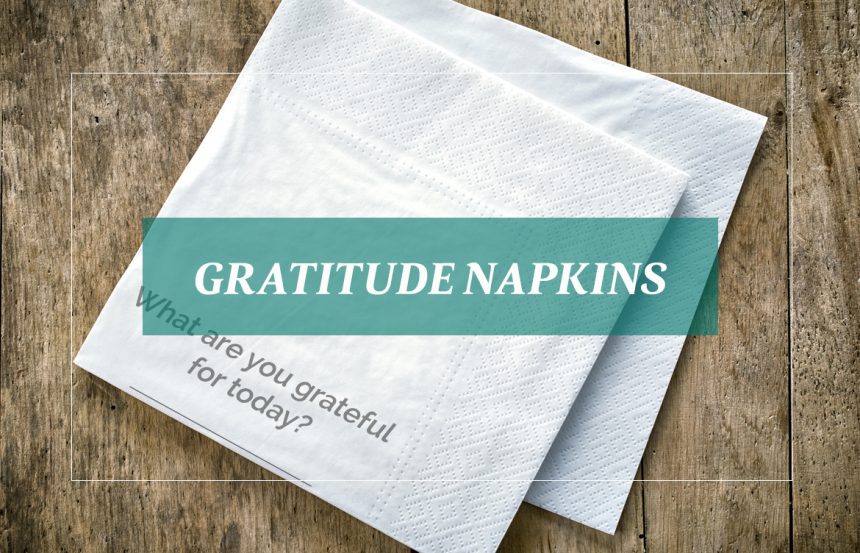 Frank’s Diner was once an energized, thriving business, a favorite spot for locals and tourists alike in the scenic New England town of York Beach Maine. But when the economy hit a brick wall, Frank found it more and more difficult to hold onto his trademark, cheerful smile.

One day, Frank caught a glimpse in the mirror on the diner wall of a grumpy, scowling old man with frown lines embedded deeply in the corners of his mouth. He didn’t recognize the man as himself. Looking around his desolate diner, he knew that it wasn’t just the economy that had driven his customers away – it was his pessimistic attitude toward life. Frank had tried to remain optimistic but it seemed like the hits just kept coming, like a NorEaster pummeling the coastline. He often wondered what there was to look forward to each day.

His eyes met with a booth in the back corner of the diner where a frail elderly woman ate breakfast with a college-age girl. Mrs. Sheridan and her caregiver Michelle had been coming in for breakfast every day for a couple of years. Frank would nod and force his face into a smile when they walked in the door each day. They were his best customers after all. Mrs. Sheridan would conclude each meal by scribbling something onto a dinner napkin and placing the napkin in her purse with a contented smile.

One sunny fall day, even though the New England leaves painted a breathtaking landscape outside the diner windows, Frank was oblivious to the beauty that surrounded him. He was currently crouched under the counter, grumbling about how the dishwashers were always leaving spots on the coffee mugs. A feeble voice above interrupted his rant.

“Frank, I wonder if I could have a word with you.”

Frank nearly smashed his head on the cash register as he jumped to his feet, looking at Mrs. Sheridan in surprise. Michelle held onto the old woman tight, obviously propping her up. All Frank could do was nod agreeably.

“I wanted to talk to you about these…”

She lifted her trembling arm, pointing toward the frown lines on Frank’s face.

He opened his mouth to say something, to explain, to defend himself… but realized he had nothing to say, so Mrs. Sheridan continued.

“Young man, I learned a long time ago that life doesn’t always go your way. Believe me, I have 90 plus years of my fair share of heartbreaks and challenges that I could easily carry around with me as baggage. Instead, I choose to carry these with me.”

She reached into her purse and took out a stack of the napkins Frank had watched her scribble on every day. She had written things like autumn leaves, Michelle’s kindness, seashells from the beach, the beautiful sunrise today, another delicious breakfast at Frank’s Diner.

“Frank I would like to challenge you to do the same; to stop carrying around your struggles and start carrying an attitude of gratitude instead.”

After Mrs. Sheridan further described his daily “homework assignment,” Frank didn’t have the heart to refuse her request.

At first, he did it to appease her. As she watched from her booth each day, Frank would dutifully take a napkin from a dispenser on the counter, scribble something he was grateful for on it and put it in his pocket. The process was mechanical in the beginning, mindless instead of mindful. But each time Mrs. Sheridan smiled over at him, wordlessly encouraging him to continue.

A little over a month into his daily gratitude homework, Frank once again caught a glimpse of himself in the diner mirror. The reflection in the mirror was of a glowing, joyful man whom he hadn’t seen for years. This man looked forward to each new day with hope and enthusiasm.

Still smiling almost uncontrollably at the realization of how much life had changed, Frank surveyed his now bustling business. Locals, staff, and tourists alike were cheerfully enjoying the revitalized space. Even though Frank hadn’t made any physical renovations, the diner somehow looked brighter to him. His eyes automatically drifted to the corner, to share in the moment with Mrs. Sheridan. But for the first time in a few days, the booth was empty. Frank’s heart sank…

A couple days later Michelle arrived and placed a box on the counter in front of Frank with a solemn smile, tears glistening in the young woman’s eyes.

“Mrs. Sheridan wanted you to have these.”

Looking at the floor so she couldn’t see his own tearful eyes, Frank simply nodded his appreciation. He felt an overwhelming wave of gratitude wash over him that such a special lady had come into his life, and exactly when he needed her most.

By the time the springtime leaves were blooming, Frank’s Diner was more popular than ever in York Beach. There was one new feature, in particular, that was a huge customer draw. When a diner patron reached for a napkin from a dispenser, they also received a message of gratitude printed on it. Each message was word for word from Mrs. Sheridan’s collection; along with a few from Frank’s own personal stash. Beneath the message was the question – “What are you grateful for today?” with a blank line beneath. Frank would watch from the counter as customers of all ages and from all walks of life eagerly scribbled their answers on napkins, and almost always with a smile. Mrs. Sheridan’s unwavering attitude of gratitude, it seemed, had transformed not only his own life but the lives of those around him as well.

What steps will YOU take today and every day to adopt an attitude of gratitude in your life? Will you make the choice to focus on your burdens or your blessings? It is so easy to feel shortchanged when we focus on lack. But when we practice gratitude as a daily habit, life has a way of transforming positively around us. Whether you use something as simple as a napkin ora journal, when you write down the things you are grateful for each day you’ll be changing your view of the world around you, just one day at a time.

Linda McLean, an International Best Selling Author and Certified Business and Life Coach, believes in the power of Gratitude and Planning. Living in Reno, Nevada with her husband, 2 daughters and grand dog Palmer, Linda has recently launched her new book “My Gratitude Journal – 7 Minutes Today Leads to an Abundant Life Tomorrow”. It takes readers through a proven daily process of adopting an “attitude of gratitude” to produce big results in life. Please feel free to visit her website at www.McLeanInternational.com or go directly to www.GratitudeJournal.net to view the book.