The Boys Down At The Stable 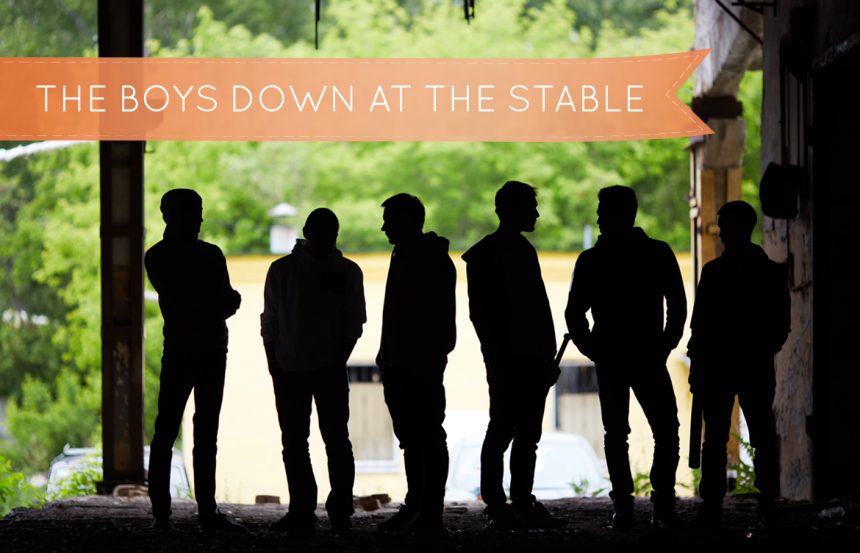 A number of years ago a woman by the name of Ann came to a seminar. She was a beautiful actress.

Ann told me of a time that she and three of her girlfriends went to try out for a stage play. She got the leading role in the play and her friends, unfortunately, did not even get in the supporting cast. She worked very hard on her lines over the coming months.

On opening night she was so excited! However, none of her girlfriends showed up to support her. She was devastated… They were good friends she thought.

Ann was in the habit of talking to an older friend of her dad who was a mentor to her. His name was Hap. She phoned Hap and he listened to her story of what transpired. He said, “I am going to send you a letter and I want you to read it and I want you to remember it.”

Here is the letter that he sent her:

Once upon a time, there was a fellow by the name of Al Capp who wrote a comic strip called “L’ll Abner”. Many years ago he had some characters in his strip who lived in a town near Dogpatch. They were the town bums, the n’er do wells, the failures whose whole aim in life was to pass judgment on others. Their criticism and ridicule became so vehement that in time the rest of the people in the town became acutely conscious of it. “The boys down at the stable”, as they were called because that’s where they spent most of their time, soon set the social standards of the town. Nobody could do anything without their sanction.

Because they lived within the structure of their crummy little worlds, they would laugh and point their fingers at anyone and everyone who tried to be better than he was. As a result, the people feared the ridicule of the boys down at the stable so much that they stopped trying. Soon everybody became bums and the town died.

In every social structure, Ann, whether it be family, town, county, or state, there are “the boys down at the stable”. They are the jealous ones. They are too scared to try something different. They show their ignorance by laughing at those who do. Learn to recognize them, Ann, for what they are. Don’t let them hurt you. It takes a certain amount of toughness to succeed. One has to rise above those who would tear you down so that they can laugh and say, “I told you so!”.

There are too many of us who love you and want you to make it. I could put myself at the top of the list. You aren’t going to fall flat on your face as they would have you. You are going to do a superb job. Remember this show is only a small step in the direction of greater things you will do, many of which are beyond your wildest dreams. All you have to do is want to. One of the things I like about you best is that you always give it hell for a try.

The show will be a success because of you and others like you who try. There are only winners in the cast. The losers are gathered down at the stable laughing and hoping for your failure. If we could dig down deep inside them, I’m sure we’d find they want to win also but are too scared to try, and they attempt to cover up their own failures as human beings by laughing at others. In a sense, I’m sorry for them. Their guilt must make them very unhappy people.

Much love, and give ‘em hell, Hap

The next time you step out to chase your dreams and someone laughs at you remember this wonderful note above. You are capable of achieving anything you desire.