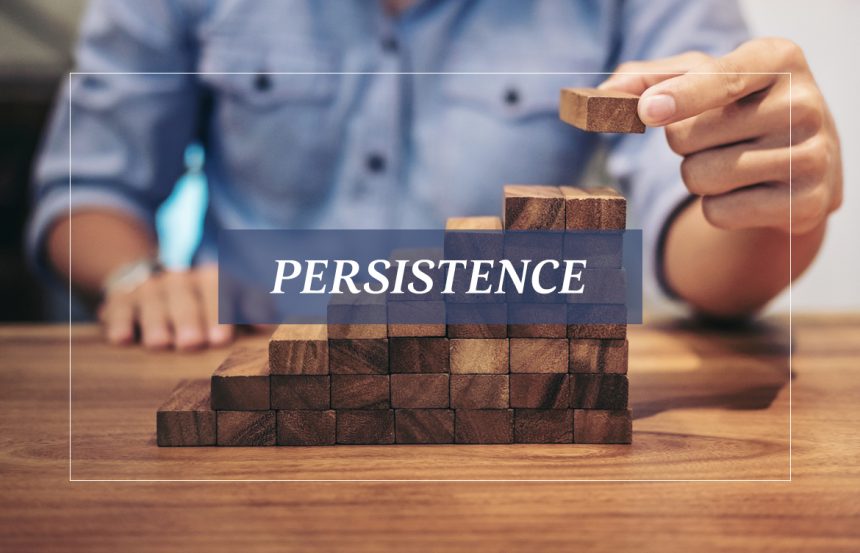 Broke, alone and completely dispirited on a beach in Thailand, at age 40 I questioned what was next. The paradise that had promised so much had delivered little. I had no education, no income prospects and knew nothing about myself. Nothing except that I was a dreamer.

When I was 12, a tragic accident took my father’s life. He was only 31. That incident triggered a burning desire to make something of my life.

Leaving school at age 14, I went from job to job, trying to find my place in the world. I’ve been a paratrooper, bouncer, real estate salesman and beer delivery guy. I lacked self-confidence, was intimidated by wealth, but was too proud to ask for help. All I had was determination and a dream.

I realize now that for many decades I was an unconscious visionary. As a young boy I admired expensive watches. They symbolized success and I wanted one. So I wrote to Rolex, asking for a brochure. When it arrived I carefully cut out the shiny timepieces and stuck them on my wall. This was my first vision board.

Perhaps driven by a childhood state of lack, the accumulation of material things had always spelled success for me. It took decades of striving to realize something was missing.

After watching the movie The Secret, I heard about Bob Proctor. His seminar, ‘The Paradigm Shift’, opened up a whole new world. I learned that stretching out of your comfort zone and setting big goals makes you grow, and that through this personal growth you eventually attract everything you want in life. I wanted to know more, so I signed up for another event: “The Matrixx”.

In preparation for this event, it was suggested I read Think and Grow Rich by Napoleon Hill. There was a story about a real estate agent who had a certificate on the wall stating that she was a member of the Million Dollar Club. It reminded her of the things she was capable of. I got so excited and wanted to join so I started looking for The Million Dollar Club but to my surprise I found it didn’t really exist. It stated: “Milliondollarclub.com domain name for sale, call this number in Arizona.” Immediately my paradigm kicked in: “Who do you think you are? First you want to become a member, now you want to become the owner?! Don’t make the call – they’ll want a million dollars and you don’t have that money.” But the very next moment something awoke in me and I overwrote the paradigm, made the call and became the owner of the Million Dollar Club that same day.

Two weeks later, I boarded a plane to Toronto for “The Matrixx”, with a simple idea: to sell memberships to the Million Dollar Club. This was finally my time to shine. I literally had the ‘million dollar idea’ that would satisfy my thirst for success.

The Matrixx is a very empowering environment where likeminded people make big things happen. The connections I made resulted in the creation of a platform that would change not only my life, but that of the entire personal development industry.

I was excited to open the doors of the Million Dollar Club in December 2017, but unfortunately had to close them shortly after. It hadn’t begun well – something was obviously missing but I was unsure what it was.

The answer came when I walked into my office and looked at my vision board. I stared for hours at the pictures of extravagant things and realized they no longer excited me. I finally understood that being a millionaire isn’t about getting more money. It’s about the person you become in the process; becoming a millionaire in mind, body and spirit first so that it then manifests in your physical reality.

It became clear that everything I needed for success was already available, except for the right connections and the embodiment of the millionaire spirit. In order to align myself I needed to evolve. I changed the way I looked and exercised, what I ate and I no longer pressed the snooze button. I read more and fought the voices in my head. I became the successful guy.

And then the right connections found me.

Today the Million Dollar Club is a platform where like-minded people connect, mastermind and share knowledge. A place to learn from true masters who have walked the path you want to walk and who have learnt from their successes and failures.

Members can shortcut a decade of trial and error by using the tools and resources provided. Freedom, in the full sense of the word, can be achieved: to be, do or have whatever you want in life. And at the pinnacle of this worthy goal you can give back, make an impact on the world and leave a legacy.

1. Be Persistent – When you set a goal you must expect some bad weather along the way. Never ever give up.
2. Seek Proper Advice From Smart People – ‘Self-made millionaires’ don’t exist. Nothing worthwhile can be done alone. Surround yourself with experts and never be the smartest person in your own company!
3. Allow Yourself To Make Mistakes – Rarely is anything ‘perfect’ first time round. Let yourself fail but learn from the mistakes, as they are the key to your success.

Dave is a serial entrepreneur who has travelled the world in search of a meaningful life. Take some time and check out his project by going here: www.milliondollarclub.com