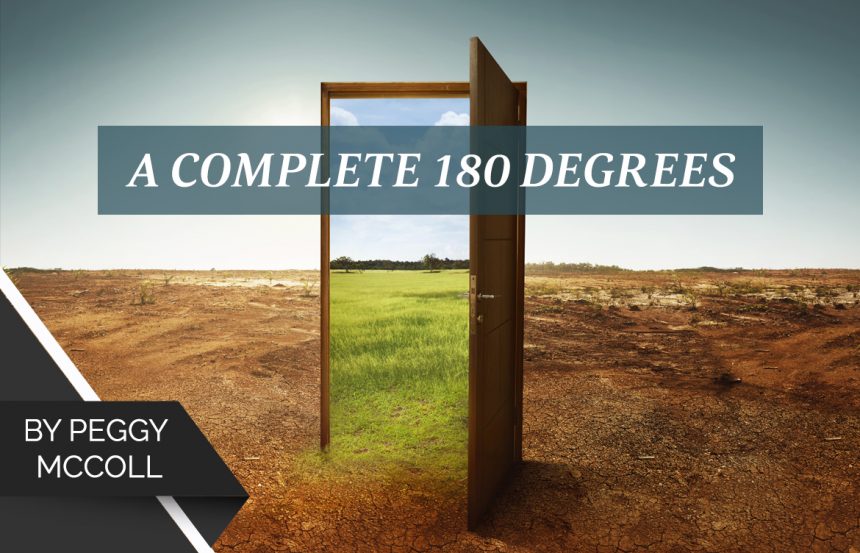 Many years ago, I had attended a personal development type of seminar. The speaker asked the participants to go back in time and to imagine they were five years of age. The seminar leader’s instructions were as follows… “close your eyes… and now in your imagination go back to the time when you were five years of age… look down at your feet and what do you see?”

Within minutes of this “vision” exercise, I felt this incredible urge to burst into tears. Following the instructions, I looked down and saw that I didn’t have any shoes on my feet. I saw dirty bare feet. And, as I looked down I saw the scruffy, ripped clothes of a little girl who was not properly cared for. She was abused and I instantly felt a deep sadness.

That sad, little, abused girl was me, the youngest of four children. My parents both worked outside the home. My father had one full-time job and two part-time jobs, that allowed him to put a roof over our heads and food on the table. My Mother worked in a factory and the type of factory work she did was grueling. She returned home from work cranky and exhausted.

Neither one of my parents was happy, and, consequently, their marriage wasn’t a happy one, which spilled over into the way they behaved toward their children. Both of them had been raised in dysfunctional and abusive families. My father had been severely abused as a child. His father had died when his mother was pregnant with him, and his mother, having had one hell of a difficult upbringing herself, grew into an angry woman. She directed all her bitterness outwardly, and my father was often on the receiving end of her anger. Neither my father nor my mother had ever received the sort of love and kindness that they deserved. In fact, their childhoods had been quite the opposite.

My parents, like many parents, were simply doing the best they could to raise us kids, with what they knew. The challenge was that being raised in this environment created paradigms that were dark and ugly and congruent with low self-esteem and a sense of unworthiness. The paradigms I built as a young child carried with me into my adult life.

Fortunately, I met the wonderful, the extraordinary, the talented Mr. Bob Proctor. Bob opened my eyes to what was possible. He helped me understand the process of creation. I recognized that if I wanted my life to change, I absolutely must change my paradigms.

I was a young adult when I met Bob and I invested years of my life studying with him. If Bob recommended a book, I bought it and studied it. If Bob had a seminar, I signed up and attended it. (In fact, I have attended many of his seminars repeatedly.) I bought every audio program Bob created. My life began to change in glorious ways.

After several years of studying with Bob, and reaching the understanding that through spaced time repetition of positive thoughts and ideas, we can change our paradigms. I discovered, created and decided to follow a process that I called: Power Life Script.

Essentially, instead of being an extra in our own movie, we write out a script of the exact life that we desire to live, as if we are already living it (in the present tense only using positive words), and then we record the script in audio form and listen to it every day. By doing this we create the necessary beliefs (paradigms) to create and live the life that we desire.

Almost like magic, it produces the outcomes in our life!

When I began using my power life script, I manifested a dream home because I scripted it. My script was so precise that I easily saw (in my imagination) my son and I living in our dream home and it came to be. I manifested my soulmate and married him (we have been happily married now for close to a dozen years). I manifested vehicles, vacation properties, a successful business, best-selling books, wonderful clients, perfect health, staying at my ideal weight, an increase in my net worth, and so many more things. Now I teach others how to do the same and it works regardless of your upbringing, or paradigms that you may have.

Peggy McColl’s Power Life Script Process is now available as an offering that will guide you to script and live your ideal dream life. Find out more here: http://PowerLifeScript.com