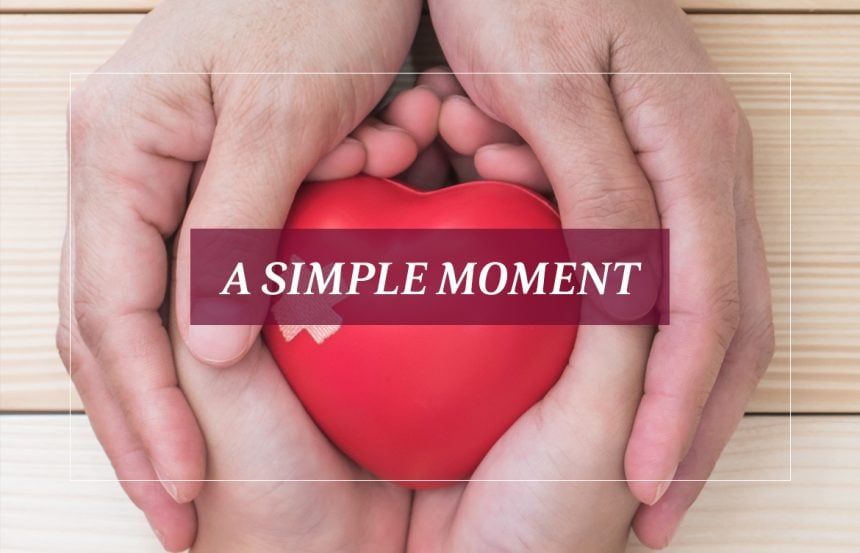 Over the years I have heard or read many variations of a similar phrase. It has been expressed as “Never judge a person until you have walked a mile in their shoes”, or “Be kind, because you never know what someone else is going through.” The essence of the message is to simply be kind. Don’t judge. In Earl Nightingale’s lesson on Attitude (which he refers to as The Magic Word) he suggests to treat everyone you come into contact with as if they are the most important person in the world. He explains that to them they are the most important person in the world. He does not mean that from a point of vanity, but rather that as a person they are their world.

I always understood this line of thought from an intellectual perspective, but recently something so significant happened to me that I instantly understood it on an emotional level. I was the recipient. I had always evaluated those words from the position of my actions toward others, because they are written in the perspective of how to behave toward other people. I did not consider them from the perspective of other people’s behavior toward me.

My wife, one of our sons, and myself had just finished meeting with the Coroner at a location where a close family member had been discovered deceased. It was a jarring surreal experience. By the time we were done doing what we could with the situation it was late. We had not eaten dinner. We were hungry but not sure we could even eat. We figured we would try some nuggets at the drive-thru just to have something. The grief in our car was tangible. As I drove to the first window to pay, it dawned on me this was my first interaction of the night with someone in the “normal world.” Such a simple, ordinary mundane act as going through the drive-thru. Yet I found myself concerned with the brief interaction yet to come. Would the person at the window sense our mood, the trauma we were just beginning to process? How would they react? Would I be able to speak?

We arrived at the window and a young man and woman were both there. They were happy and clearly enjoying their work together. The young man’s mood was immediately directed to us as he confirmed our order and took our payment. His attention was immediately on us and not his coworker. He was genuinely happy and he kind of laughed as he caught himself, too late, speaking casually as he said “Awesome, have a good night Dude!” The mindset behind his window and the one in our car were like two separate air masses. His bright happy energy added a bit of light to our darkness. He put a grin on our faces when we would not have thought about smiling. How easily we could have pulled up to a window and met someone who without acknowledging us would have gone through the motions of their job without ever even looking our way. How easily our dark cloud would have continued. How easily our mood could have been shared with the person at the second window.

That young man will never know where we had just come from. What we had just experienced. He will not remember us, and likely forgot us as soon as the next car pulled up to his window. However, I will remember him. I could not tell you his name, or what he looked like, but I could describe with great accuracy his character and energy from that moment. He created a gap in a dark cloud and let some light in. I instantly knew the storm would pass. We would get through it and life would go on. That is what he told me even though he did not say, or even think, those words. He was simply happy while he stopped and focused on us for a brief moment – an action to him that would have been an entirely insignificant moment.

As I pulled forward to the next window I thought of Earl Nightingale’s message and all those other phrases that simply tell you to be kind, you never know what someone else is dealing with. Leave people with the impression of being better off (no matter how minute) for having crossed your path. When I got to the second window I was able to greet the person behind it with an honest smile before I drove away.

My brief experience with that young man helped me truly understand emotionally rather than intellectually the quote by Maya Angelou:

In our lives we are forever interacting with people who are dealing with something whether we know it or not. Be kind, be present, choose to be happy and treat them like they are the most important person in the world. To them they are. Who could it hurt?

Ray Proctor is a licensed claims adjuster and the Principal of Pinnacle Adjusters Group. For almost 30 years he has assisted thousands of people who have experienced minor damage to tragic loss in almost any scenario you could think of. He is the son of Bob Proctor and is proud to have been named after the gentleman who gave Bob his infamous Think and Grow Rich book, Raymond Douglas Stanford.