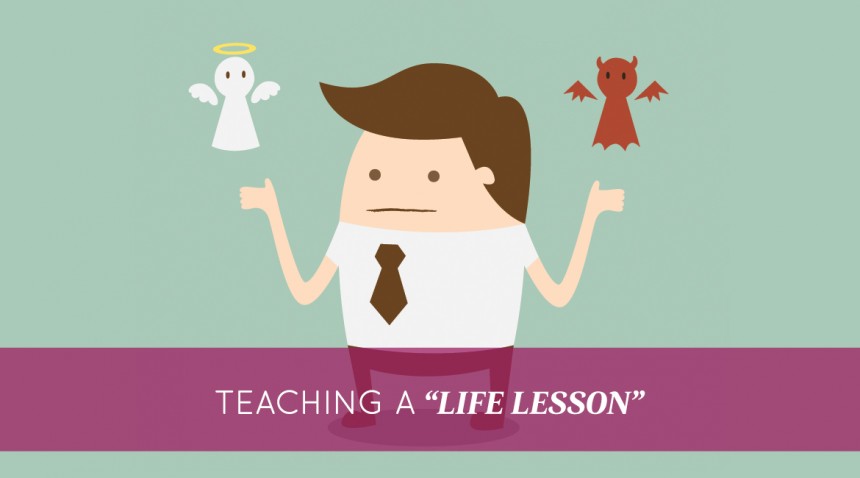 “Good character is more to be praised than outstanding talent. Most talents are, to some extent, a gift. Good character, by contrast, is not given to us. We have to build it, piece by piece – by thought, by choice, courage, and determination.”

That quote is from Coach Matt Labrum and is a memorization requirement for the 41 teenagers on his football team. There is more. Those 41 young men also have to document several hours of community service, show they are passing all their classes, and stay clear of any discipline issues at school. So is Coach Labrum trying to coach football or be a “character cop”? Hold on!

Coach Labrum is doing what more coaches, parents, teachers, and bosses should do in their positions of authority. He is making the point that – using his own words – things like playing football are a “privilege rather than a right.” And privileges bring responsibilities. They do not confer permission to swagger, cheat, bully, take advantage of success, or otherwise act like a knucklehead.

As background, you need to know that Coach Labrum had learned about some pretty ugly behavior by the members of his team at Union High School in Roosevelt, Utah. Some of the football players had been bullying a kid at their school. A campus culture among the football players had them skipping classes, being disrespectful toward their teachers, and being generally obnoxious. So on September 20, Labrum suspended the entire team and confiscated their jerseys.

Labrum did what parents sometimes do with four-year-olds. He put his players in time out. He took away their toy. He called off the remainder of the football season – if his players could not commit to and carry through on something more important than football. They had to become better people.

The “contract” Labrum and his staff offered team members the next day gave them the option of community service, counseling, and strict accountability. Playing football for him would no longer be anyone’s right. It would be a privilege earned by rigorous on-the-field drills and responsible off-the-field behavior.

One of the more encouraging things about this story is that school officials and parents have backed up the coach’s actions. A mother of one of the players involved probably said it best. “These boys are not going to be hurt by this,” she said. “It’s a good life lesson.”

Bud Selig has announced he is stepping down as the Commissioner of Major League Baseball. I nominate Matt Labrum for the position! Athletes from all sports who set such sorry examples of poor sportsmanship, use of PEDs or other banned substances, and shameless self-indulgence could use a life lesson too.

Learning to be a better person is far more valuable than a winning season.

Rubel Shelly is a Preacher and Professor of Religion and Philosophy located in Rochester Hills, Michigan. In addition to church and academic responsibilities, he has worked actively with such community projects as Habitat for Humanity, American Red Cross, From Nashville With Love, Metro (Nashville) Public Schools, Faith Family Medical Clinic, and Operation Andrew Ministries. To learn more about Rubel please go to: www.RubelShelly.com