How Think And Grow Rich Became A Movie 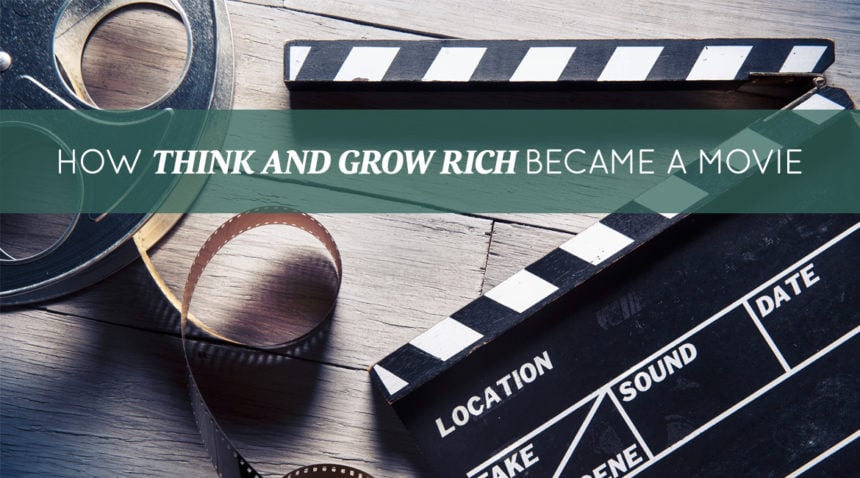 “Have you heard of Think and Grow and Rich?” Scott Cervine asked.

Sean Donovan paused. He didn’t know it at the time, but this conversation would spark a vision that would not only change their lives but would eventually have a profound impact on the world.

Donovan replied, “As in Napoleon Hill? Of course..”

Cervine continued, “ Would you and your team be interested in joining forces on this?”

But he didn’t have to. Donovan gave the answer before Cervine even finished the question.

Donovan immediately left to negotiate the decision with his partners, Karina R. Donovan and Joel Franco, who are also huge fans of Hill’s work.

If they were to accept this opportunity, some tough decisions would have to be made quickly.

Sean, Karina and Joel had spent the previous six months in development of a streaming TV Channel that would put financial literacy, mindfulness and other proven self-help resources at the fingertips of people around the world. Now only weeks away from launch they made the tough choice to shelve their project to work on making Think and Grow Rich into a movie. A task that would require no less than their full time – undivided attention.

Now at this pivotal crossroads, the three of them unanimously agreed to accept Cervine’s offer and decided to move forward armed with only the barest of essentials. They did something unheard of in the film industry. They jumped full tilt into producing an unfunded film project, with a skeleton crew and a concept, that was at the time half-baked.

“Do not wait. The time will never be ‘just right’. Start where you stand, and work whatever tools you may have at your command, and better tools will be found as you go along.” – Napoleon Hill

Anything was possible, but the book would serve as the blueprint to their future success, as it had done for millions before them. The creative goal was to remain both authentic to the source material and inspirational. “Along the way we have held the vision that if we remain true to the principles of Think and Grow Rich and create content that was profoundly inspiring, not only would we make an incredible film but the fans would rally around us and we would acquire all the necessary resources.” – Sean Donovan

Their leap of faith meant any plans to earn an income to support their families would also be delayed indefinitely, and there was no guarantee that investors would identify with their vision, either.

With the core team in place, Sean, Karina, Joel and Scott went to work on refining the concept. The concept was to create a gripping film of the highest production quality—a film that would invigorate the human spirit and inspire today’s generation to success.

Within 6 months of launch, they had a finished script, their first letters of intent signed for interviews, leads on investors and a growing support base of influential people.

“Set your mind on a definite goal and observe how quickly the world stands aside to let you pass.” – Napoleon Hill

As in any start up project, they have faced numerous obstacles, seen soaring heights and the lowest of lows. At the end of the day, they credit executing their strategy based on having faith in applying the principles as the sole reason that the project has come this far.

With a scheduled release date of March 2017, THINK: The Legacy of Think and Grow Rich has captured the hearts and minds of people from all over the world. The project raised more than $50,000 in two days via its crowdfunding campaign on Indiegogo.

Never before has self-help literature received such a revitalization. The film won’t just be a worthy tribute to the ultimate self-help book, but a source of timeless motivation and inspiration for generations to come.

James Whittaker was born in Brisbane, Australia and currently resides in Santa Monica, California. After a successful career in the financial services industry, James co-authored The Beginner’s Guide to Wealth, a personal finance and motivation book that was named a bestseller within four months of its release and named Money magazine’s book of the month for March 2010.

Get all the details on this incredible movie along with a special opportunity by going here: www.thinkthelegacy.com/i