Embracing Failure: Your Key to Success 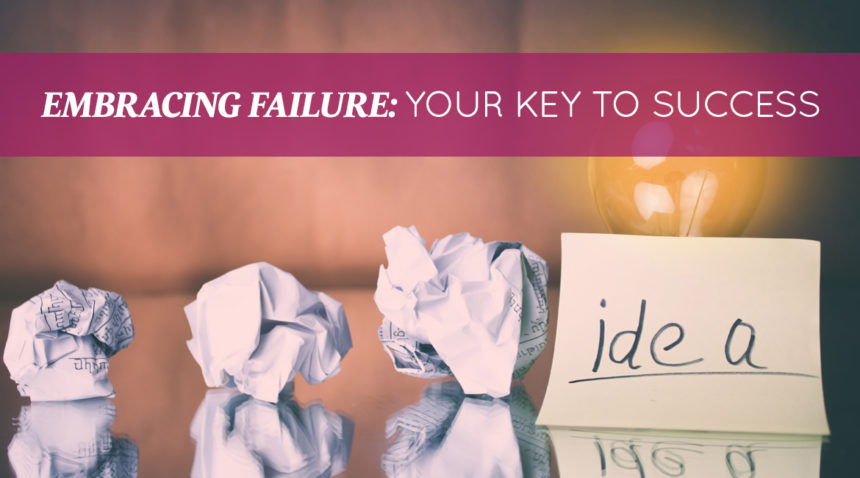 In 1989 I resigned my position as a Corporate Banker in the City of London with what, at the time, was the biggest bank in the world. I left behind this financially rewarding, upwardly mobile career with the Yuppie lifestyle to pursue a childhood dream of owning my own business before the age of thirty. With my thirtieth birthday looming the following year, it was simply time.

Well, I did start that business before my thirtieth birthday. It was the first thing I had failed so completely at. My ability to fully convey just how deeply I felt the grip of despair, to one who has not experienced losing everything and has nowhere to turn, in such a moment is, quite frankly, lacking. Suffice it to say, one must choose to go on or give up. My choice was to go on.

As the fog of despair began to lift, I began to write. My book, Embracing Failure: Your Key to Success started out as a cathartic journal to help me understand how I managed to go from Hero in a cutthroat, dog-eat-dog corporate environment to Victim in what should have been the manifestation of my wildest dreams. Journaling is powerful medication – and addictive at that. Before long, I was incredulous of the rich understanding that poured forth from my musings. Journaling helped me to understand that failure really is a:

Further contemplation took me back to my childhood; to a time when I daydreamed about what I would be when I grew older. I could see the house I would live in. I knew that I would be happily married. I just knew that life would afford me freedom and comfort.

I remember the great boxer, Muhammad Ali, being interviewed. He was asked what made him such a great boxer. His response, so natural, was that when he was a boy he knew he was born to be great. God had made it so. And when he knew that boxing was his purpose, it was inevitable that he would be a great boxer. The sense of destiny I felt in that moment was immeasurable. Not because I could box – I still can’t, but because I felt the same certainty about my life. It was my birthright to be great. It is what God wanted. All I needed to do was determine my purpose and the rest would follow.

The problem for me then, and the problem for so many of us now, is that the purpose we would pursue is hidden from us behind a veil of other people’s opinions of who we are and, indeed, their views of what we should be. This habit of relying on others for our identity creates in us a reluctance to express who we really are for fear of rejection and ridicule. Failing—more than anything else in our society—results in the rejection and ridicule we so acutely fear, and so we come to endure almost any indignity – abusive relationships, degrading working environments, borderline poverty and so on – just to avoid it. If ever we break free of this failure neurosis, we realize that the fear of failure is more debilitating than failure itself. It is then that we can embrace failure for what it is meant to be: a Fruitful And Informative lesson Urging Renewed Effort.

Lennox Cornwall has been described as a Renaissance Man. In breaking free from his own failure neurosis, he has managed to turn his life around in a big way. Today he owns a commercial real estate portfolio, has a successful franchise business, and has a revolutionary invention with patent-pending status at the US Patent Office. He also offers coaching and consulting to corporate executives and business owners enabling them to embrace failure, large and small, allowing them to achieve more than they ever have before.