Get ANYTHING You Want
Just by Tweaking the Way You Think!

Improve yourself, your family and your business while turning your thinking into results.

What are you thinking?

No really … what are you thinking?

You see, mental activity does not constitute thinking.

This is an important distinction to make.

And this is great news!

JUST IMAGINE IF YOU: 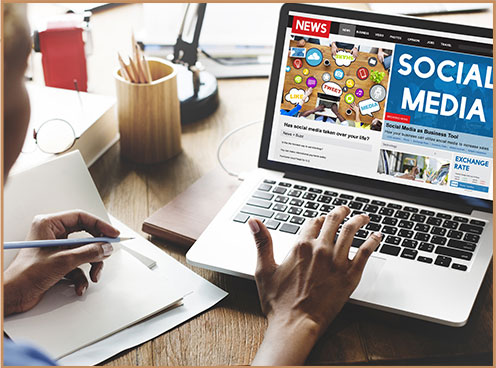 With information shoved in our faces all day long from the news, media, social media, billboards, friends and family – taking time to think for ourselves is becoming harder and harder.

That said, it’s no wonder we find ourselves stressed out, exhausted, frustrated and frankly – drained.

Well, the solution isn’t hard and it isn’t complicated.

We have to remember to THINK. And, of course, we have to learn how to think effectively to create the life we want.

You see, if you want to improve your health, wealth, happiness and relationships – you’re going to HAVE to tweak your thinking … there’s simply no way around it.

Everything in your life is directly tied to your thinking … that includes:

The best part?
While applying other things can give you temporary change –
changing your thinking changes things for good!

Not long ago, anyone looking at Sandy Gallagher would have thought she had that question definitively answered. As an esteemed attorney with a successful career in banking law, Sandra regularly handled billions of dollars in mergers and acquisitions, IPOs, and other big-ticket transactions, and was an advisor to boards and top executives of Fortune 500 firms. She epitomized success in the classic corporate mold.

Yet an encounter with Bob Proctor set Sandy on an extraordinary new path — one that would ultimately change not only her life, but countless others. Through Bob’s teachings, Sandy finally understood the “why” behind her lifelong success. Without realizing it, she had spent her life practicing the very principles Bob espoused, and exemplifying their power. She knew then that her next mission in life was to teach others how to do what she had done. And she became determined to join forces with
Bob in order to fulfill that mission.

After their first collaboration, Thinking Into Results — Sandy’s brainchild, which is widely acknowledged as the most powerful personal and corporate transformational program of its kind — she quickly became CEO and President of Bob’s organization. Today, as the co-founder, CEO, and President of the Proctor Gallagher Institute, Sandy shares international speaking stages with Bob and works closely with him and their team of professionals to provide coaching, training, and consulting on the most profound, powerful, and transformative concepts and strategies humankind has ever known.

So now – the most important question for you … what do you want to do with your life?

To millions of people across the globe, the name Bob Proctor is synonymous with success.

As a speaker, author, consultant, coach, and mentor, Bob Proctor works with business entities and individuals around the world, instilling within them not only the mental foundations of success and the motivation to achieve, but also the actionable strategies that will empower them to grow, improve, and thrive in today’s ever-changing world. Through the Proctor Gallagher Institute, Bob, Sandy Gallagher, and their team teach the principles, strategies and fundamentals that help people and organizations create the results they want in life.

This extraordinary program is presented in twelve logical, simple and practical lessons, to ensure that the methods and success mindset become a part of each individual’s thinking, actions and results and translate into an exceptional return on investment for your organization.

Thinking Into Results is presented in video format with MP3 audio downloads of each video lesson, accompanied with an in depth, thought provoking, action oriented workbook.

Lesson 1: A Worthy Ideal
Lesson 2: The Knowing-Doing Gap
Lesson 3: Your Infinite Mind
Lesson 4: The Secret Genie
Lesson 5: Thinking into Results
Lesson 6: Environment is But Our Looking Glass
Lesson 7: Trample the Terror Barrier
Lesson 8: The Power of Praxis
Lesson 9: The Magic Word
Lesson 10: The Most Valuable Person
Lesson 11: Leaving Everyone with the Impression of Increase
Lesson 12: Magnifying the Mind

For your security, all orders are processed on a secured server.