Join the Top 1% … Step Into Your Best Life

Are you ready to step into your best life?

If you’re being open and honest – while your life is great, you still want so much more … more success, more fulfillment, more passion, more freedom – just more.

So, are you ready to jump in and make a quantum leap?

Here’s the great thing about quantum leaps, your results and your fulfillment rise at the same time.

WITH BOB PROCTOR AND SANDY GALLAGHER

It’s true that Bob Proctor and Sandy Gallagher have helped change the lives of millions around the world – teaching them how to BE, DO and HAVE more – how to attain wealth, health and happiness that is lasting … and he can do the same for YOU through his seminars, books, and recordings.

There are two types of students Bob and Sandy work with:

The student looking to turn their life around, make a complete 180, and wants to go from struggle to success.

The student that is already doing well, has a foundation of success and wants to go from great to incredible.

If you’re looking into the 1% Club there’s no doubt that you’re in the second group. You have a foundation of success, at least one area of your life is thriving – but you can feel that there is something missing, you have a longing within you that you’re meant for more.

Is that resonating? Perfect, this is for you.

You’re in Hawaii at a beautiful 5 Star resort with an ocean view.

You wake up early and spend time visualizing and crystalizing your worthy ideas while drinking the best coffee you’ve ever tasted along with a healthy breakfast.

Perhaps you take a walk along the beach while you open your mind to
what it is you really want.

Then, you spend morning sessions with Bob Proctor, Sandy Gallagher, and a small group laying the foundation in your mind to make these goals a firm reality.

You have a sense of confidence as you’ve laid out specific action steps to turn your goal into a reality.

In the afternoons, you’re networking with the other high achieving individuals at the 1% Club and having 1-on-1 meetings with Bob and Sandy to move your goal further.

Imagine what your life will look like after spending 6 intense, thought-provoking, action-packed days with Bob Proctor, Sandy Gallagher, and a small group of like-minded, high-achieving individuals working on your goals and taking a quantum leap in your results.

If you’ve ever wanted to spend time with Bob and Sandy talking about your biggest dreams, seeking advice on your action plan and being surrounded by other leaders who share your passion and commitment to unlimited success, this is your opportunity.

Environment – the unique environment is one thing that makes the 1% Club so Special. You can look forward to a tranquil and transformational environment that feeds your body, mind and soul.

Networking – the 1% Club is an extremely elite retreat with high-achieving individuals that will all serve as a valuable resource for you to achieve your current and future goals.

Advanced Concepts – The concepts Bob teaches at the 1% are far more advanced than those at our public seminars. They’re reserved for the serious students and high achievers and will undoubtedly take you to new levels of success.

Mastermind Sessions – Over the past 50 plus years Bob has mastered the art of productive masterminding. This is not chatting about what you want; this is all about focused energy on taking quantum leaps.

1-on-1 Help from Bob and Sandy – At the 1% Club you have the rare opportunity to get Bob and Sandy’s personal help in creating the meaningful, fulfilling, and exciting life you deserve. You’ll be able to pick his brain, gain his insights and accept his advice on turning your goals into a reality.

We don’t think you’re looking to create a life that’s full of hard work with no rewards or enjoyment. So, at the 1% Club meeting you can look forward to working hard and playing hard.

To millions of people across the globe, the name Bob Proctor is synonymous with success. Long before his role in the movie The Secret sent him into the realm of superstardom, he was already a legendary figure in the world of personal development. His insights, inspiration, ideas, systems, and strategies are the dimes on which countless lives have spun — the sparks that have ignited career transformations, personal epiphanies, inner awakenings, and the creation of million-dollar fortunes the world over.

As a speaker, author, consultant, coach, and mentor, Bob Proctor works with business entities and individuals around the world, instilling within them not only the mental foundations of success and the motivation to achieve, but also the actionable strategies that will empower them to grow, improve, and thrive in today’s ever-changing world. Through the Proctor Gallagher Institute, Bob, Sandy Gallagher, and their team teach the principles, strategies and fundamentals that help people and organizations create the results they want in life.

The 1% Club is a private, luxury, results driven retreat with Bob Proctor and Sandy Gallagher where a small group of high-achieving individuals take a quantum leap forward in their results and living a fulfilling life.

At this retreat you’ll have 1-on-1 time with Bob, Sandy, and network with your peers to develop, crystalize and make serious progress on your goals and business – as well as mastermind with and gain resources through focused, purposeful strategy sessions.

Are you ready to multiply your results?

Are you ready to take a massive quantum leap?

Are you ready to turn your biggest goals and wildest dreams into a reality with a specific action plan? 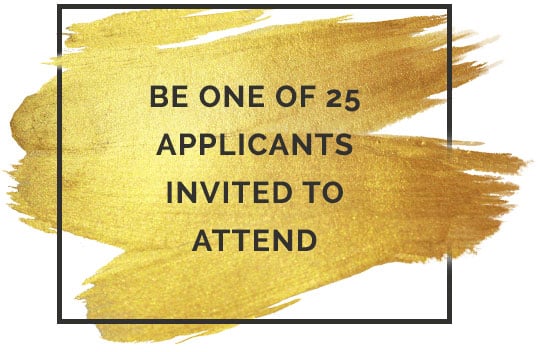 For pricing, more details and to find out if the 1% Club is a good fit for you fill out the form below as well as the application on the next page to be contacted by a Proctor Gallagher Training and Coaching Coordinator.

If you qualify to attend and agree to diligently dedicate yourself to the process we have in store for you, we’ll look forward to welcoming you to the 1% Club.